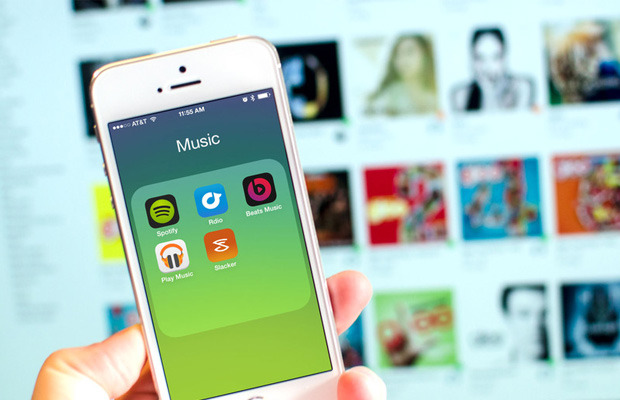 When US consumers opened their wallets for digital music this year, they swapped out downloads for streaming, according to data on music sales from the Recording Industry Association of America.

Overall, the total value of digitally distributed formats was $2.2 billion, essentially the same as a year earlier.

The data underscores an ongoing tectonic shift in the music industry, in which decades of doing business based on per-song/per-album transactions (for either digital music or CDs, vinyl or tape) are giving way to a world where music is increasingly sold like a utility: Pay a subscription fee or sit through ads, and you get digital access to a seemingly limitless stream of songs.

RIAA data showed streaming services making up a bigger slice of the pie of the industry’s sales total. Streaming contributed 27 percent of total industry revenues in the first half, compared with 20 percent a year earlier. In 2007, these services were 3 percent of the total.

One of the most popular segments of digital music in the first half was on-demand, ad-supported streaming — think Spotify’s free version. The category grew 57 percent, though it remained still relatively small at $165 million in revenue.

Paid subscription services, like Spotify Premium, Rhapsody or Beats Music, were up 23 percent to $371 million. RIAA said the number of subscriptions jumped to 7.8 million from 5.5 million at the same time last year.

Physical sales, for CDs and the like, continued to slide, down 14 percent in the first half to $898 billion. The ongoing decline of physically sold music is nearing a key inflection point where streaming eclipses it in revenue — in the latest period, physical revenues were 28 percent of the total, compared with streaming’s 27 percent.