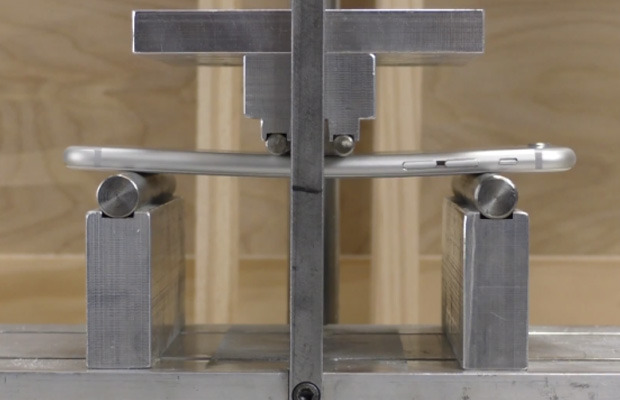 There are some who would prefer to listen to a reputable consumer publication making use of science, rather than a man in a beard making use of his hands.

It was inevitable, therefore, that the examiners at Consumer Reports would test whether Apple’s new iPhones really bend more under pressure than your average Congressperson, as had been suggested by videos earlier this week.

The essential conclusion of this test might be: “What the hell are you trying to bend your phone for?” If you’re of that bending mind, however, the Samsung Galaxy Note 3 came out on top. It bench-pressed 150 pounds and came in 20 pounds ahead of the LG G3 and the iPhone 5.

You, though, will be wondering about the iPhone 6 Plus that you have on order and that may arrive before Christmas. It withstood 90 pounds of pressure before beginning to warp.

The test involved a so-called three-point flexural examination. This involves bracing the phone firmly at either end and then applying pressure to its middle. The testers applied 10 pounds of force for 30 seconds. Then they let the phones breathe and regain their shape before they increased the force by another 10 pounds.

This they kept doing until the phones were permanently deformed.

Consumer Reports’ summation is that the new iPhones are a lot less bendy that people were led to believe by an avowedly nonscientific YouTube exposition at Unbox Therapy, which involved the aforementioned bearded man.

But how much force is, say, 80 pounds? Well, these tests showed that the compression machine needed that much force to break down four pencils.

In essence, then, unless you have metal buttocks or merely an insanely aggressive bent, there’s no real reason why any phone you choose should fold under pressure.