Home / Entrepreneurship / The One Quality All Successful People Have In Common

The One Quality All Successful People Have In Common 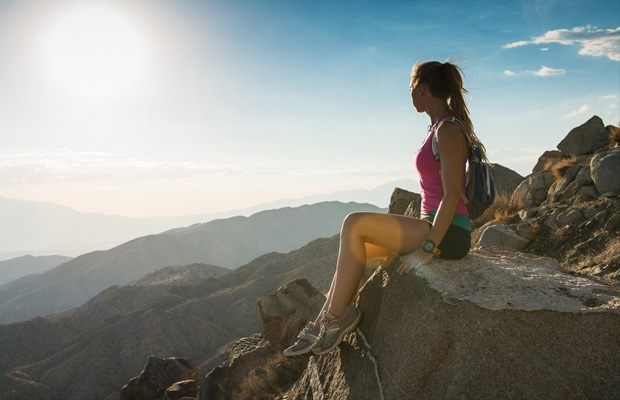 Think about the people you know who are successful in their personal and professional lives. Were they born destined for success? How do they make reaching goals that most would consider completely unfeasible seem so easy?

It’s not fate. Instead, they all have one thing in common: resilience. The good news is we all have it in us. All we have to do is learn to develop and utilize it.

Some call it hustle, moxie, or grit. In the military, we called it “intestinal fortitude.” It’s the ability to overcome adversity, learn from it, and push through to new heights. And it’s what separated the successful from the defeated.

Not a single person is handed victories 100% of the time. Some of the most successful people in the world are the ones who have failed the most. J.K. Rowling was rejected by 12 publishers and eventually sold the first Harry Potter book for peanuts. And Jay-Z couldn’t get signed by a single record label when he started out. But they both embraced their failures, revved up their resilience, and powered through to reach the envious levels of success they have today.

I’m not Jay-Z (unfortunately), but I do know a thing or two about developing resilience. From my first day of basic training to my last rotation as a sniper in Afghanistan, I developed more “intestinal fortitude” than I ever thought I was capable of. That means you can, too!

Here are three lessons I’ve learned along the way, and how you can use them to improve your own resilience in your professional life.

At 19 years old, I showed up to basic training as a bit of a whiny momma’s boy. Weeks later, in the blazing mid-day August heat of Georgia I neck dragged a soldier twice my weight back and forth through a 100-meter sandpit, while in full gear and a gas mask. I thought, There is no way I’m going to make it. But then I realized, the only limits I had were the ones I placed on myself.

Limits will always be, well, limiting until you say “screw it” and try. Are you a bit of an introvert? Challenge yourself to attend a networking event this week! Do you want to go full-time freelance, but you’re afraid of what your friends will say? Screw it! You’ll never know what you can accomplish until you make yourself push harder and further than you thought was possible.

2. View Every Failure As An Opportunity To Learn

A couple years later, I found myself at sniper school on a 1,000-meter rifle range (that’s longer than the length of 10 football fields). Having failed this qualification already, I had one last chance to pass before I packed my bags and threw away months of blood, sweat, and tears. The frustration of my previous failure almost paralyzed me.

But I decided that I had to snap out of my negativity and instead focus on what I did wrong and how I could change it. During my final shot, I envisioned my previous failure, determined what I needed to change, and applied the perfect amount of stability, consistency, and gentle pressure to the trigger. My resilience allowed me to nail the shot, and I passed sniper school.

On the path to success, you will inevitably find failures. You can let them paralyze you, or you can look at them as an opportunity to shift what you do next time. By viewing that failed interview or presentation as a chance to learn instead of a royal screw-up, you’re bound to feel more confident and do better on the next one.

During my deployments to Iraq and Afghanistan, I endured things most people would think are unbearable. One of the harder things was spending years of my life away from everything that I wanted to do, to take care of what I needed to do. Each day was a test of will to forego the comforts and joys of a “normal life,” for the extreme environment, the long missions without sleep, and the possibility of never returning home.

What got me (and the people who endured so much more than I ever had to) through this was the sense of purpose we had for what we were doing. Whether it was to serve our country, to protect our brothers and sisters we served alongside, or to have a respectable career and provide for our family, we all clung to the reason we were doing it.

Resilience only goes as far as your belief in the purpose for which you are applying it to. In your mission to start your own business, find your dream job, or get the big promotion, know why you’re doing it. Believe in your mission, because the failures and discomforts along the way will test you constantly. However, if you really embrace it, resilience will come naturally.

I Write Things.
Related ItemsBusinessEntrepreneurEntrepreneurshipFeaturedSuccess
← Previous Story Here Are 10 Lessons That Only Arab Entrepreneurs Can Teach You
Next Story → How To Launch A New Company In Less Than One Day