The Power Of Social Media: What Is The Reddit Hug Of Death? 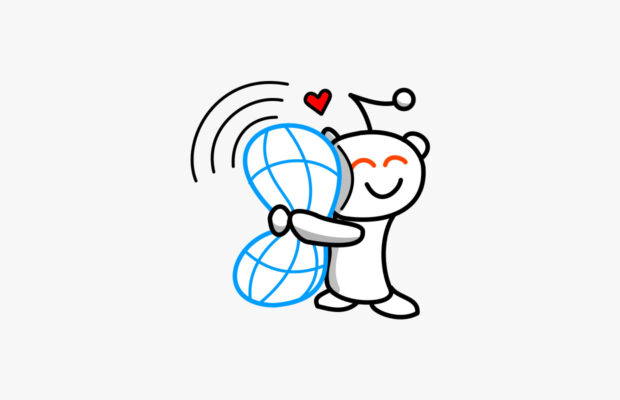 Viral content can take a variety of different forms. It originally referred to content that, for reasons that were often hard to pin down, captured people’s imaginations and ended up being disseminated far and wide across the internet. This is the kind of content that we used to all discuss in the days before Netflix and corporate investment created artificial viral content. Back then, most of the user-generated content was organic and things that went viral sometimes turned ordinary people into celebrities.

The key feature of viral content is that it must be shared by a significant portion of its audience. If you are paying money to have content heavily promoted and put in front of as many people as possible, that isn’t the same as it genuinely going viral.

Nevertheless, virality has a negative side-effect on servers and websites that are not expecting it. Nowadays, going viral on Reddit might bring your website down in minutes.

For viral content to succeed, it needs to spread as far and wide as possible. The ideal way of doing this is via social media. Not only does social media enable you to reach literally millions of people, but it also enables people to interact with your content and share it at the click of a button. The very first examples of viral content were distributed via email. Back in the day, this was an effective way of disseminating content, which was mostly created just for the sake of it.

Some of these emails were able to spread across the globe and many came round time and time again. Similarly, if you create the right kind of viral evergreen content, then you can enjoy a periodic resurgence in its popularity. Not all content that goes viral is intended to. And while you might think that having your content go viral unexpectedly would be an unmitigated win, it can present a couple of problems. First, content going viral unexpectedly can throw the spotlight on a content creator before they are ready for it. If they are still early on in their career and their viral content was more of an aberration than an accurate reflection of their creative output, it can lead to their career fizzling out before it has really begun.

Another potential problem with content going viral unexpectedly is that a website can find itself facing a huge and unexpected influx of traffic. In principle, more traffic means more opportunities to monetize it. However, if that traffic is sudden and in response to viral content then not only can it end up overwhelming internet servers and bringing down websites, but it can lead to a reduction in revenues owing to downtime.

Reddit has long been one of the main social media platforms that marketers have targeted with the viral content. Reddit is unique in the way that it works and is, therefore, a unique opportunity for digital marketers to promote their viral content. Reddit is divided into a variety of different sub-communities. Viral content that can fit into more than one of these subreddits will have multiple opportunities to take off and spread across the entire website.

The Reddit “hug of death” is the term given to the phenomenon of content going viral unexpectedly on Reddit and overwhelming a website. This can happen even to relatively large businesses and organizations if it is unexpected. There have been numerous instances of small business owners promoting their businesses on Reddit, only to trigger such an outpouring of support that their website ends up crashing.

If a business or marketing department underestimates the influx of traffic they should expect after having content go viral, it can end up with dead links. This means that anyone who subsequently sees the viral Reddit post and clicks on the link to the content will simply be taken to an error page letting them know that the website is unavailable.

This can prove disastrous in some cases. For example, if you have invested a significant fraction of your marketing budget in viral content and then the website you are using to host that content goes down, every minute that it is offline, you are missing out on money. If a link goes dead, there is also the distinct possibility that the content will quickly fade back into obscurity as it amasses downvotes on Reddit

Having content go viral is only beneficial to you if you are prepared for it and able to handle it. If you find yourself overwhelmed by the success of your viral content, then it can completely nullify any benefit that you may have received from the increased interest in your brand. Before launching any content intended to go viral, you need to ensure that you have the infrastructure in place to handle it if you are successful. It is always better to prepare for the eventuality and then not need it than it is to risk your viral content becoming unavailable right after achieving its goal of going viral in the first place.

Conducting a load test on your website will give you an indication of what kind of traffic it will be able to cope with. If your website is not going to be able to handle the influx of traffic from viral content, then when you should consider another approach. Do not publish to websites like Reddit if there is a chance of your landing page being hugged to death.

I would recommend using a load testing proxy network to send a substantial amount of traffic to check how your servers and distributed cloud network handle the load.