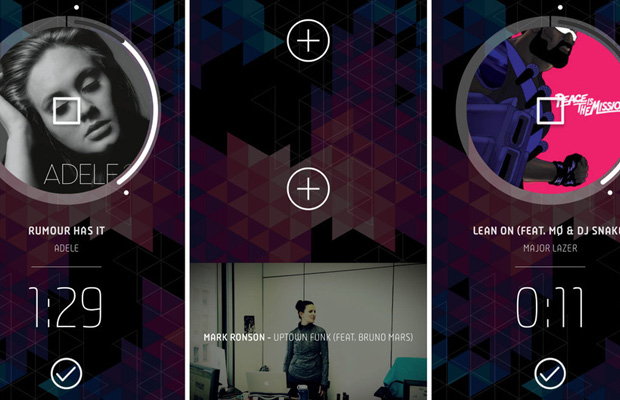 You may have mastered recording six-second Vines or the perfect Snapchat story, but creating a well-crafted music video — even a DIY one — requires an entirely different approach.

At least the creators or Triller think so.

Triller is a new iOS app that is trying to turn anyone with an iPhone into a music video director by automating the most difficult part of making any video: the editing process.

This isn’t the first app to take on this problem, but it’s the first we’ve seen that combines filters, a built-in music library and completely automated editing tools.

The app breaks down music video creation to its most basic components. You choose the song — either from the app’s collection of “featured” tracks or your own library — and record footage. Each recording spans the length of the music clip you initially selected, but you can record an endless number of “takes,” which can be further customized with one of the app’s 14 video filters.

When you’re done recording, the app’s auto-editing feature splices your videos into micro-clips and layers them together in what it detects will make the most interesting cuts and clips. In practice, an 11-second video with three different takes might end up with seven different cuts, all of which are perfectly synced to changes in the song. 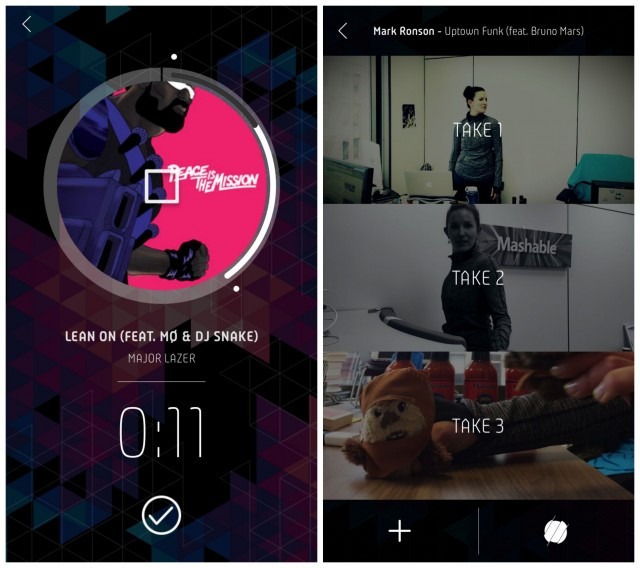 Behind the scenes, the app uses an algorithm the app’s creators say is meant to simulate the cuts and edits of a professional music video director. It factors in an array of different signals such as how much movement is in a given frame, how fast the camera is moving and whether there are faces in the frame.

“We were seeing a lot of apps that were trying to riff off the ‘velfie’ (video selfie) concept but it seemed like they were all a little bit backward, literally,” says David Leiberman, one of the app’s co-creators. “The video was coming first and then you would sort of layer audio on top of it. We thought, if you reversed it, much like music video directors do when they’re deciding how to shoot a video, you could choose a song and layer different video takes on top of it.”

To fine-tune the process, Leiberman and Mashable cofounder Sammy Rubin tapped music video director Colin Tilley, who has directed videos for artists like Kendrick Lamar and Nicki Minaj. Tilley helped tweak the editing algorithms and design the app’s filters, which Leiberman and Rubin say help Triller’s videos feel more authentic than those created in other apps.

The resulting videos, of course, depend on your song and video choice — and how many video clips you shoot. But if you aren’t happy with the app’s auto-editing, you can go back and redo it for a nearly endless number of mashups of the same video.