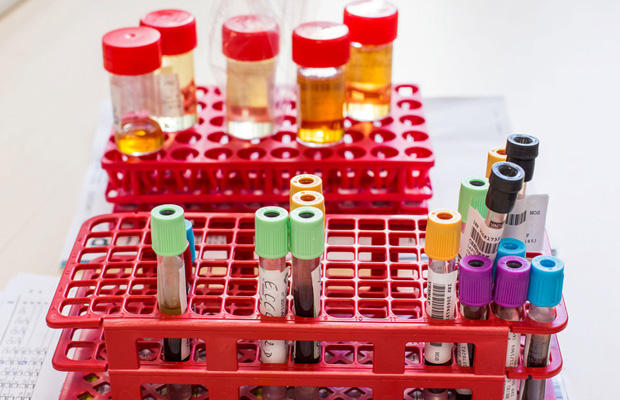 A world without STDs would be a world without awkward conversations, sneaking off to the doctor’s office mid-day and nervously filling prescriptions.

In California, this dreaded process may become a little less stressful thanks to a new mobile app launched by Planned Parenthood.

The app, found in the Google and Apple app stores under the name Planned Parenthood Direct, allows users to request a lab kit that tests for chlamydia and gonorrhea, the two most prevalent STDs. 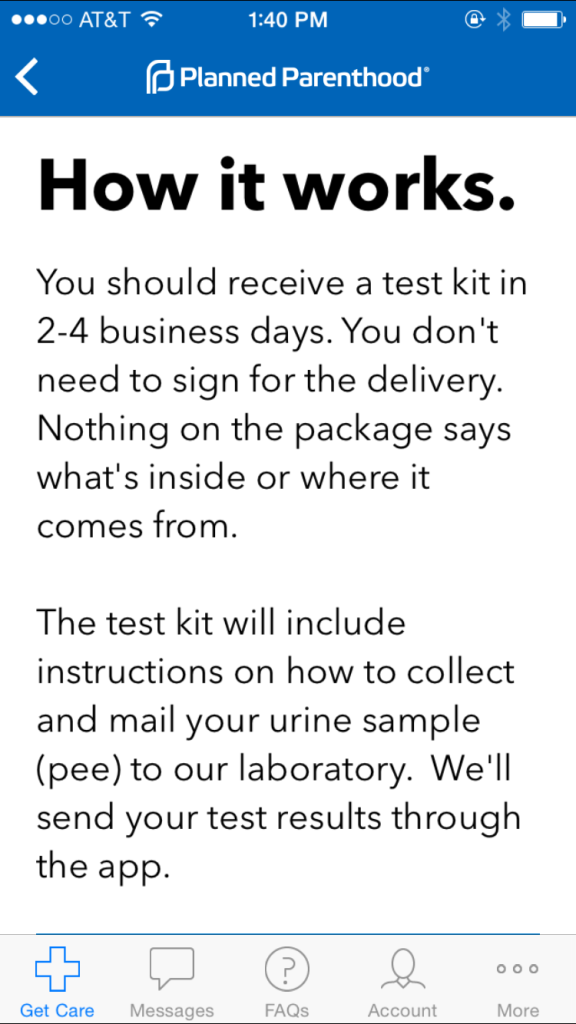 When the nondescript kit arrives within two to four business days, the patient follows a set of directions to provide a urine sample and sends it back in the mail to a Planned Parenthood lab.

The $149 fee includes the test and, if necessary sending the prescription and a clinic visit. The medication may be an additional cost depending on a patient’s health insurance coverage and income.

That’s a significant sum to many, but Linda Williams, president and CEO of Planned Parenthood Mar Monte, headquartered in San Jose, California, said that the app may help patients who don’t have access to a doctor because they live in a remote area, or can’t get an appointment with their physician soon enough. The stigma can be a powerful obstacle as well.

“There’s still quite a bit of embarrassment and even shame about the potential of having an [sexually transmitted infection],”says Williams.

The convenience may also be worth the cost to someone who can’t get time off from work for a clinic visit. Potential users for example, could be a patient living on the sparsely populated eastern side of the Sierra Nevada mountains, or the programmer in Silicon Valley putting in 16-hour days.

In particular, Williams is hoping the app will appeal to men, who appear, in her experience, to be more reluctant to seek in-person care for STDs. Men account for a portion of Planned Parenthood visits nationwide, and internal market research shows they are interested in the new app.

There are sites that offer at-home testing options to patients, but Williams says the Planned Parenthood app is unique in that it includes treatment.

The service is Planned Parenthood’s latest foray into mobile health. Last year, it launched pilot programs in Washington and Minnesota that provide birth control and STD counseling through desktop and mobile video visits. Patients can pay out of pocket or use health insurance.

The most popular appointments for video visits are on Monday and Thursday over the lunch hour, says Jill Balderson, vice president of health innovation at Planned Parenthood Federation of America.

One woman privately spoke to a provider about a birth control prescription while she hosted a football-watching party at her home. A mother with three young children skipped the clinic visit and childcare arrangements and instead made a virtual appointment.

The STD testing app does not have an interactive video feature, and providers are not required by state law to meet with a patient face-to-face in advance of testing. The state allows health care providers to use “store-and-forward” technology in which clinical data is kept in one place and sent on to another site for evaluation.

Balderson says Planned Parenthood will watch the rollout of the app in California and determine if it’s a model that could succeed elsewhere.

It could be a vital service in states where stringent abortion laws have shuttered health clinics, making it harder for women and men to access reproductive health care.

Balderson says that women booking virtual visits have been relieved to get essential health care quickly: “That was a pretty exciting experience for women used to having to wait several weeks.”

I Write Things.
Related ItemsFeaturedMobile AppsNewsSTD
← Previous Story The Xbox One Elite Controller Is For The Most Hardcore Of Gamers
Next Story → Snapchat CEO, Evan Spiegel Just Deleted All His Tweets On Twitter