Tim Cook Is Going To Give Away His Whole Apple Fortune 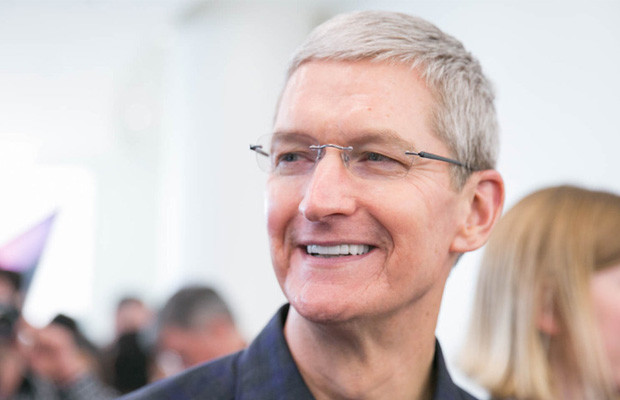 This is probably not what Steve Jobs would do.

In an interview with Fortune‘s Adam Lashinsky this week, Apple CEO Tim Cook revealed that he will give away his Apple fortune — at least $700 million — before he dies. The only direct contribution to his own family will be to ensure that his nephew can comfortably afford college.

For many familiar with Cook’s leadership, this doesn’t come as much of a surprise. He comes across as warm in person as he is on stage. I wouldn’t quite call him effusive, but he he seems gregarious — which is probably not how one would have described Jobs.

Cook’s decision is also notable because it sets him apart from his predecessor, who had a widely reported personal distaste for philanthropy.

In Walter Isaacson’s 2011 Steve Jobs biography, Jobs is described as “not particularly philanthropic.” It’s unclear if Jobs was frustrated by how charitable organizations are run or if he simply didn’t want to part with his fortune.

He briefly set up a foundation, but he discovered that it was annoying to have to deal with the person he had hired to run it, who kept talking about “venture” philanthropy and how to “leverage” giving.

Bill is basically unimaginative and has never invented anything, which is why I think he’s more comfortable now in philanthropy than technology

Even the new and largely positive depiction of the late Apple CEO Becoming Steve Jobs echoes that sentiment. “He had a vague desire to support good causes, but hated the inefficiencies of most charities,” wrote co-authors Brent Schlender and Rick Tetzeil.

Cook has more vocally supported social causes. The openly gay CEO of one of the world’s biggest companies, who has frequently spoken out for gay rights, seems more comfortable blending philanthropy with business strategy.

Cook has never sought to compete with Jobs. Just months after Jobs’ death, Cook took the stage at All Thing D‘s D Conference to explain how he planned on honoring Jobs’ memory and core values — without trying to be him.

“Steve was a genius and visionary,” Cook said at the time. “I never viewed my role was to replace him. Steve was an original. I don’t think another one of those is being made… I never felt the weight of being Steve.”

However, those who think Jobs had no charitable bone in his body would be wrong.

It would be hard to imagine that Jobs didn’t approve this collaboration; he famously micro-managed every detail of Apple’s product creation process and marketing.

Cook’s efforts, though, are more overt. In a way, this proves he has more in common with Jobs than we ever thought.

When Cook took the reins in 2011, some worried he would be little more than a functionary, a guy who knew the supply chain better than anyone else at Apple but lacked Jobs’ spark.

Cook, though, appears to have a different spark. Like Jobs, he thinks deeply about the future of Apple products, but his interest in social causes and justice clarifies Cook’s deep interest in the future of our planet. Sometimes, making that impact can mean taking steps that Jobs never would have, like joining the rarefied company of millionaires and billionaire CEOs who will slowly but surely give away big parts of their fortunes.