Tinder Is Secretly Ranking Its Users Based On Desirability - TechGeek365

Tinder Is Secretly Ranking Its Users Based On Desirability 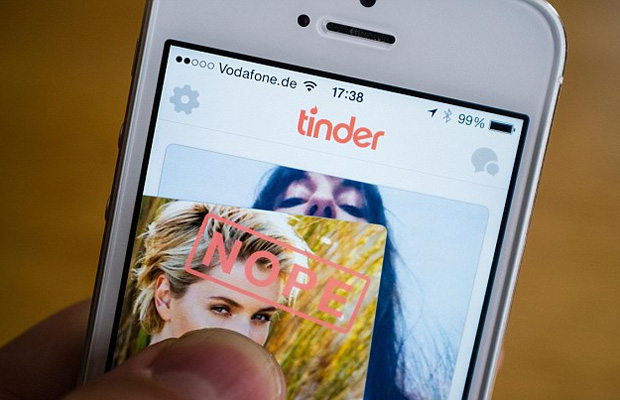 There’s no denying that Tinder users are analyzing each other on the basis of desirability. Are you worthy of a swipe right based on your looks and your profile?

What you might not know, however, is that the dating app is doing the same sort of scrutiny for every single one of its users

It turns out the app has an internal rating system that lets the company score and rank the desirability of its users. So it’s not exactly swiping left or right on anyone, but is there even a difference? The scores aren’t available to you or the public, but a Fast Company writer was able to take an inside look — and find out his own rating.

It’s called the “Elo score,” a term used in chess to rank player skill levels. In short, the ranking system helps the company facilitate matches based on score compatibility. So if you’re really desirable, you have a better chance of ending up with another really desirable person. And if you’re not so desirable, then tough luck.

This all sounds like it’s connecting hotties with hotties, right? According to Tinder CEO Sean Rad, wrong. He emphasizes the rating isn’t really just a measure of attractiveness. Rad doesn’t provide many details about how the scoring system works, but he does admit to Fast Companythat his score is “above average.”

“It’s not just how many people swipe right on you,” Rad said. “It’s very complicated. It took us two and a half months just to build the algorithm because a lot of factors go into it.”

Tinder data engineer Tor Solli-Nowlan further explains that we don’t all have the same taste, so the Elo score isn’t a universal ranking of attractiveness.

“People are really polarized on even just a photographic level: Some people really favor facial hair, while some do not,” Solli-Nowlan told Fast Company. “Same thing with tattoos, photos with pets or children, excessive outdoors shots, or photos of you with a tiger.”

In a simple explanation, Tinder data analyst Chris Dumler describes it as a voting system in which each swipe is a vote of whether you think someone’s desirable. The engineers said they use this info to study which profiles are considered the most appealing overall.

It might seem a little questionable at first, but it makes sense that a dating app has some sort of internal rating system, and it would be no surprise if other dating apps had similar tools. Dating apps do actually want to get their users to match. That’s why, for example, OkCupid makes you answer a whole bunch of questions and shares your compatibility percentage with other users.

No matter what factors go into your Elo score, we’re not sure anyone would really want to know theirs. Part of the beauty of Tinder is that you never know when anyone swipes left on you, and learning your Elo score would probably be a huge blow to your self-esteem. Uber ranks its riders on a scale of 1 to 5, which you can find out if you request it. And checking your personal rating on that app is scary enough.