Tumblr Changes Reblogs So You Can Actually Read Them 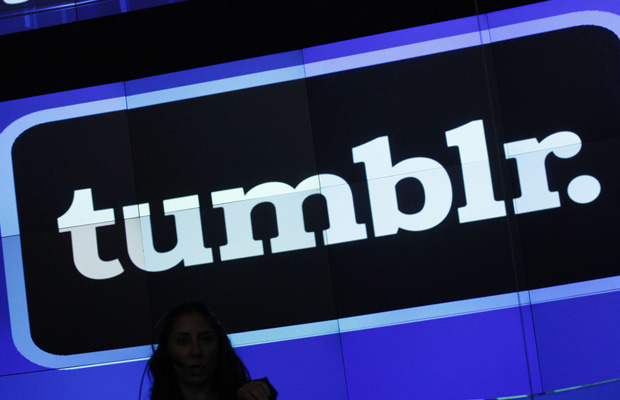 It’s not just you: Tumblr reblogs look a lot different.

The Yahoo-owned blogging site changed the way that reblogs — posts that are re-shared by other users — are handled to make the text easier to read and follow.

On Tumblr, each time you reblog something, you’re able to add your own comment, along with the comments of everyone else who has reblogged the post. Previously, comments accompanying reblogs were nested so that longer threads could quickly turn into a “crazy long, indecipherable reblog chain,” according to Tumblr.

With the new update, Tumblr changes this so that reblogs appear in a uniform column, making replies easier to navigate. The change affects all new posts, as well as previous ones, and will appear on Tumblr’s website and app. 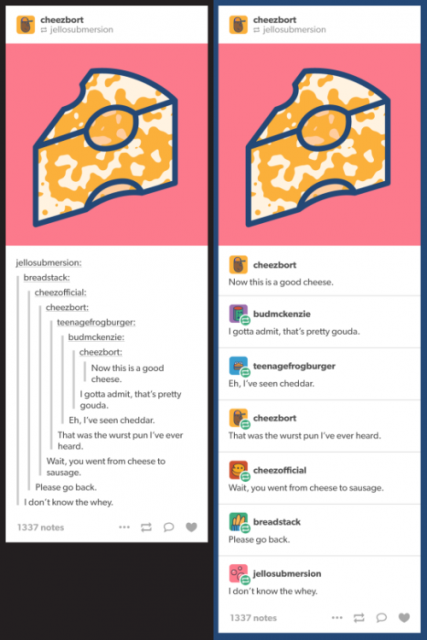 Of course, as with any significant change to a popular social network, Wednesday’s update is somewhat controversial among Tumblr’s users. While many seemed to be pleased with the new look, others are already threatening to leave the site entirely.

WHOA, tumblr randomly changed how reblogs with multiple comments look (waaay better, tbh) and for a minute I thought I was seeing things.

Tumblr changed the reblogging system back in July so that users were no longer able to edit comments from others or pick and choose which comments to include. This move was also met with resistance from users who were unhappy with the change, which Tumblr appeared to acknowledge when announcing the newest tweak.

“You can choose whether or not you want to include that stuff in your own reblog, but you can’t really go in and edit other people’s text,” Tumblr staffers wrote Tuesday. “We know—that level of flexibility allowed you guys do some pretty interesting stuff, but it also made misattribution way too easy.”