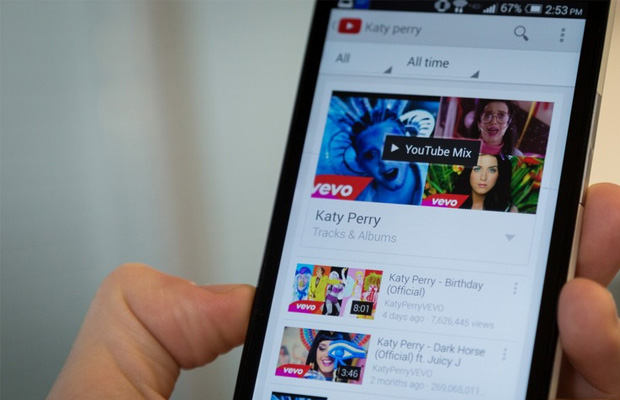 Vertical videos are among the most hated things on the Internet. But Google is making them more bearable by presenting them full screen on Android devices.

The YouTube app previously showed vertical videos with two large black bars on either side of the screen. But when we looked at a YouTube video on an Android phone on Wednesday, it took advantage of tall smartphone screens and filled them entirely. 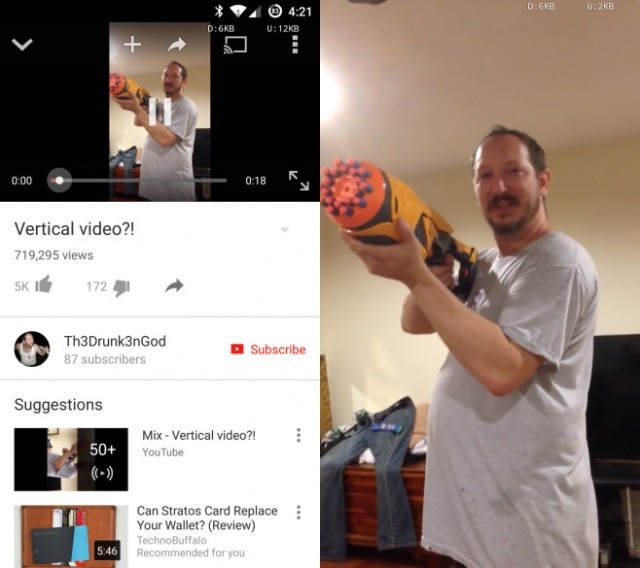 Vertical videos are usually recorded by amateur shooters on smartphones, and are frequently derided for having a narrow but tall field of view that limits visibility. Since movies, TV shows and virtually everything else is shot horizontally, vertical videos can often be awkward to view.

But as long as people hold phones vertically, they’re going to record videos that way, too — and YouTube is clearly trying to make that experience a little more pleasant.

I Write Things.
Related ItemsFeaturedGoogleSocial MediaYouTube
← Previous Story Twitter Teases New Updates Ahead Of Its Second Flight Developer Conference
Next Story → Tumblr Changes Reblogs So You Can Actually Read Them