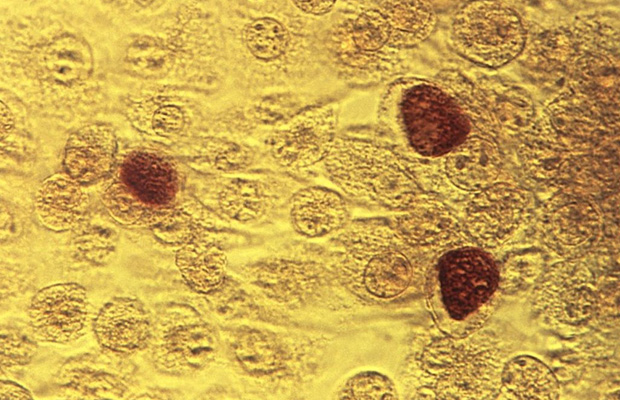 Chlamydia researchers may have solved a 50-year-old scientific mystery. And in doing so, they designed what looks like the most promising candidate for a chlamydia vaccine that we’ve seen in a long time.

Chlamydia is the most widespread bacterial sexually transmitted infection in the world. In the US, over 1 million chlamydial infectionswere reported to CDC in 2013. Most people clear the infection on their own, but in some cases, it can cause infertility in women, ectopic pregnancies, pneumonia, and pelvic inflammatory disease. And when the infection occurs in the eyes, chlamydia can lead to blindness. In fact, it’s the most common cause of preventable blindness. That’s why a vaccine for this particular STI is so dearly needed. Most people don’t seek treatment because they don’t show any visible signs of infection — and then they pass it on.

Unfortunately, research on chlamydia vaccines hasn’t gone all that well, historically. In the 1960s, scientists designed a number of chlamydia vaccines that they then tested on humans — including very young children — in developing countries. But the vaccine didn’t always have the desired effect; in some cases, people who were vaccinated became more likely to develop chlamydia than people who weren’t. The result was puzzling, especially given that other studies showed that people who had previously been infected with chlamydia tended to show an attenuated response to subsequent infections. Chlamydia vaccine research in humans became less popular after that period, and researchers never figured out why their vaccines had this less than desirable effect.

Now, writing in Science, a group of researchers think they might have figured it out. Their research shows that killed Chlamydia bacteria — the kind you might use to make a vaccine — activates our immune systems in a way that makes us more tolerant to the infection. And what’s even more exciting is that the finding has helped scientists develop a nano-particle-based vaccine that can redirect our immune systems in a far more favorable direction.

Back To The Basics

First, the researchers recreated the results of the 1960s studies — in mice. To do that, scientists gave mice a dose of either live or dead Chlamydia bacteria. Later, they observed how the mice reacted to a second dose of live bacteria. As with the human trials, the animals that were given killed Chlamydia were far more likely to be infected than those that were given live Chlamydia the first time around. Then the researchers’ task was to figure out why.

“When they’re stimulated by Chlamydia, they can sort of make different career decisions,” von Andrian says. Regulatory T cells are anti-inflammatory and they prevent other parts of the immune system from becoming fully active against an allergen. This is what happens with killed Chlamydia. And it’s the reason the vaccines in the 1960s made everything worse. 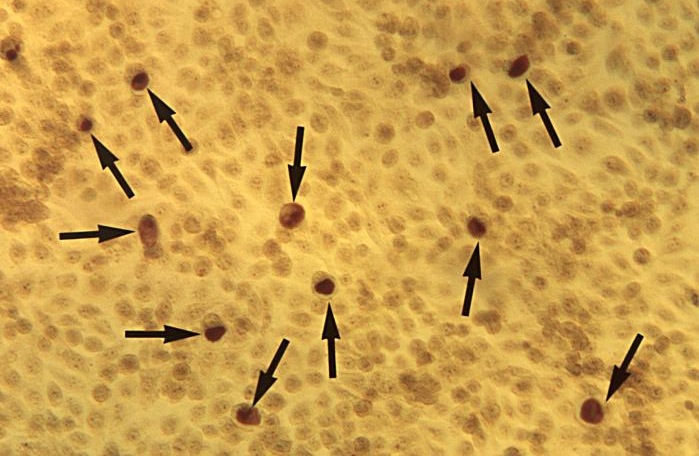 This was actually very good news for the researchers. It meant that the killed Chlamydia weren’t being ignored by the immune system. This was something the researchers could use.

To do that, the scientists tried to mix the vaccine with “adjuvants” — substances that are used in vaccines to boost body’s immune response. The attempt failed miserably; the T cells reacted just as they had before.

As it turns out, if you mix killed Chlamydia with adjuvant particles that are about the same size, you just end up with two particles floating around. And having them mixed together doesn’t change the T cells’ “career decision” to regulate instead of protect. So, the researchers turned to nano-particle science.

Nano-Particles To The Rescue

Surgeons use tiny bio-degradable plastic materials, called nano-particles, to do things like make dissolvable sutures. So the researchers adapted the technology to attach the adjuvants directly to the vaccine.

To do this, the researchers took advantage of a little-known fact. All living cells — including dead bacterial cells, for that matter — carry a negative charge on their surface. And a negative charge attracts a positive one. So, the scientists made nanoparticles with a positive charge. This time, the adjuvants stuck to the vaccine, and the T cells chose more wisely.

“We got protection that is as good as, and perhaps even a little bit better than if we infected mice with live Chlamydia and let them develop natural immunity,” von Andrian says.

Now, here’s where things get even geekier (read: awesome). The vaccine the scientists made works really well as a nasal spray. To understand why that is, you have to delve deep into immune system science. But here’s a quick and dirty break down: If a doctor immunizes a patient by “the classical route,” where a doctor gives them a vaccine through the skin, their lymphocytes become “educated” to this vaccine. This essentially means that their lymph nodes — the place where lymphocytes are formed — get imprinted with a message that tells the T cells which tissues they should travel to.

So, when a doctor injects someone with a vaccine through their arm, lymphocytes that are formed at these nodes learn to migrate to the skin. But a uterus isn’t covered in skin — it’s covered in mucosa, the same moist tissue lining that’s inside your mouth and nose. And lymphocytes that are educated to migrate to the skin, don’t migrate to mucosa. That’s one of the main reasons that making vaccines that protect against STIs is so complex.

Fortunately, it is possible to teach lymphocytes to travel to the mucosa, instead of to the skin. Scientists can do that by giving a vaccine through the mouth, for instance. That’s how oral vaccines trigger T cells that travel to the intestines, which are also lined with mucosa. And in the case of this chlamydia vaccine, a nasal spray could do the trick, von Andrian says. “The [T cells] go to the naval cavity and to other mucosal surfaces and then they set up shop,” he says. “There are local signals that we don’t understand yet in the tissues that allow these cells to become very long-lived.”

When the researchers gave a nasal vaccine to the mice, they found that it was protective against chlamydia six months after the treatment. Vaccines that target T cells can’t prevent an infection from occurring — but they can shorten the length of the infection and lessen its severity.

But protecting mice against chlamydia isn’t the same as protecting humans. So the scientists tried the vaccine on mice with human immune systems. These “humanized mice” are created by grafting human immune cells inside their bodies. Each mouse costs $1,000, so this part of the study didn’t come cheap — but it paid off. The vaccine worked as well in these expensive mice as it did in conventional mice.

“That is really, I think, very encouraging that the human immune system even in this rather foreign environment of the body can respond to this vaccine and protect against this Chlamydia as well as the mouse immune system,” von Andrian says.

The study “presents an excellent insight” into the requirements for designing an efficacious chlamydia vaccine, says Joseph Igietseme, a chlamydia researcher at the CDC. This has been the subject of “intense research investigation for over five decades.”

But Igietseme says the most important part of the study is the new delivery system used to target Chlamydia — and he’d like to see more information on how it works, because it may aid in more than just chlamydia vaccines. It could be used against other infections that target the mucosa, or to design vaccines against diseases that aren’t spread by infection.

Now that the study has been published, a pharmaceutical company by the name ofSelecta Biosciences will move ahead with the work. They’ll be in charge of conducting a human trial in a few years. When that happens, the nasal spray could really come in handy; asking someone to use a spray is a lot easier than asking them to let researchers introduce a chlamydia vaccine inside their uterus.

And the study published today will be central in getting a human trial through the regulatory process; von Andrian knows that the legacy of the 1960s studies will be hard to shake. “There will definitely be questions,” he says. “Regulatory agencies wouldn’t be doing their job if they didn’t ask about this.”

I Write Things.
Related ItemsChlamydiaHarvardHealthMedicineScienceVaccines
← Previous Story Here’s What Goes On Inside The Most Common Cables [Infographic]
Next Story → Scientists Develop The World’s Thinnest Light Bulb