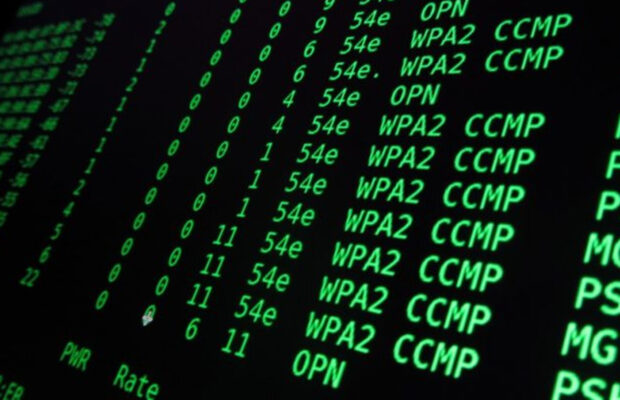 A few years ago, the growth of WiFi would have seemed decades away. But after a decade or so of rapid development, the world is now connected by invisible networks, and it’s become completely normalized. The latest stats suggest that there are over 350 million WiFi hotspots worldwide, and they can be found everywhere from cafes to golf courses. But here’s the thing. This expansion has brought new risks, and ways to deal with those risks have progressed a lot more slowly. In this article, we’ll look at how WiFi hacking works, how to detect it, and the most effective solutions.

Whether you use WiFi at home or when working remotely, this is information that you need to know about.

Why Has WiFi Hacking Become A Big Deal?

Simply put, as more people have started to use public WiFi hotspots, a new opening has emerged for hackers to siphon off personal information or even to take control of user devices (often without those users being aware that they are under attack).

In many cases, this has made intrusive attacks far easier than they used to be when cabled internet was the dominant technology. Nowadays, attackers can often use WiFi backdoors to target laptops, routers, smartphones, and even other smart devices that are dependent upon wireless networks.

One reason for this has been poor security. Many WiFi networks are “unsecured”, meaning that they use no form of encryption to lock down the data sent across them. Without this protection, attackers can mount session hijacking attacks with relative ease, intercepting the data users send and receive.

In other cases, criminals have used structural network issues to insert themselves as rogue hotspots. If networks are poorly configured or maintained, attackers can create hotspots that mimic legitimate networks, and attract a steady flow of unwitting users. When you log onto those hotspots, you’re dead meat as far as security is concerned.

There’s also a deeper technical vulnerability that all WiFi networks share (or used to). As a team of Belgian experts demonstrated in 2017, the WPA2 protocol used routinely by WiFi networks is far from foolproof. Sophisticated cyber-criminals can leverage that weakness regardless of how well set up a network may be.

That’s changed a little since 2017, with updates to WPA2, but stories still emerge from time to time about so-called KRACK attacks. Despite the patches, it’s hard to say that WiFi is 100% secure.

How To Tell If You’re The Victim Of WiFi Hacking

This raises some serious implications on an everyday level. Many of us have little choice but to use WiFi networks, whether we need to complete a vital report in a coffee shop before an early morning meeting, or we’re transiting through international airports and have to check our mails.

Public WiFi is a major worry, here. And the truth is that it’s never possible to know for sure whether networks are properly secured. As a rule, it’s advisable to stick to networks managed by reputable companies or organizations that you trust (and to avoid tapping into unsecured hotspots just because they are available and free to use).

If you are connected to a public network and experience slowdowns for no apparent reason, exercise extreme caution. The same applies if the connection drops regularly without apparent cause. In those cases, it’s just not sensible to take the risk of using the network any longer.

As for home WiFi, the situation is a bit brighter. Slowdowns are a good indication, and you can often get a good read-out of connected devices via your router’s firmware. If strange devices are listed, it’s time to investigate. That’s not a luxury you’ll enjoy with public WiFi, which is one reason to be more cautious.

Take Action To Protect Yourself When Using WiFi

Although WiFi hacking is a big deal and a huge security risk, there’s a danger of overreacting. Many people rely on the convenient connectivity that WiFi delivers, for both recreational and professional reasons. The question is, how can you neutralize (or minimize) the risks attached to using public WiFi?

Fortunately, there are a few actions to take which, when combined, offer a higher level of security.

First of all, installing a Virtual Private Network is essential. A VPN applies encryption to any data you send and receive via WiFi networks, adding an extra layer of protection, and making life very tough for would-be attackers. Good VPNs achieve this without major slowdown, so choose a reliable supplier, and don’t depend on lower quality “free VPNs.”

When browsing the web using public WiFi, you can avoid many potential problems by using encrypted websites. These sites are denoted by an “S” after the “HTTP” in their location addresses, which means that they lock down the data which passes through them. HTTPS websites are easy to spot as they have a green pad lock in the address bar.

If you spot a WiFi hotspot that looks dubious, don’t be afraid to ask staff wherever you happen to be. They should be able to provide details about the legitimate WiFi address and password, and if they can’t do so, that’s a major security red flag.

VPNs work best when they are complemented by advanced antivirus and anti malware tools. They can also be combined with device encryption (especially on Apple smartphones), to create a much less appealing target for hackers.

By staying alert and using the latest security tools, you can find a way to use public WiFi securely. Just remember that hotspots aren’t as secure as they should be, take appropriate action, and you’ll be fine.

I Write Things.
Related ItemsSecurity
← Previous Story How To Protect Yourself & Your Privacy On Dating Apps
Next Story → Spyse: Cyberspace Search Engine For Fast Data Gathering