3 Tech Developments That ISPs Will Have To Prepare For - TechGeek365

3 Tech Developments That ISPs Will Have To Prepare For 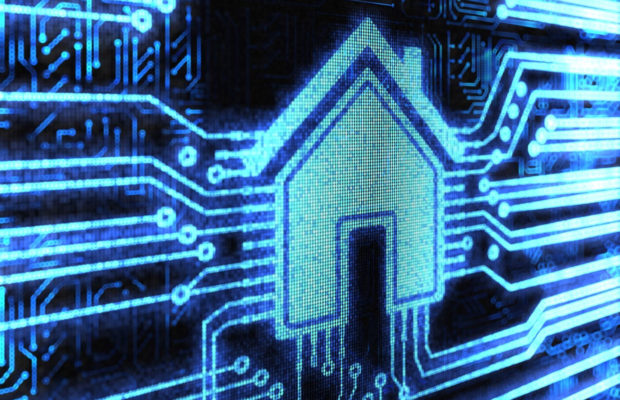 In a digital world where knowledge is democratized and information travels almost at the speed of light, it is important for businesses and other organizations to adopt inexpensive, reliable and high-performance connectivity that is able to meet the demands of an ever-evolving business climate.

While today’s technological developments bring a lot of advantages, they also carry with them a whole host of challenges that network professionals and internet service providers (ISPs) should be prepared to address. One of the most pressing technical challenges is the overloading of legacy networks because of increasing bandwidth requirements brought about by newly emerging technologies.

The drive towards resource-intensive technologies are sure to place additional strain on existing network infrastructure, which is why network professionals and service providers should increasingly rely on easily provisioned enterprise-class wireless equipment that can help ease the pressure.

In this article, we’ll discuss 3 of the fastest-evolving technologies which will be both a fount of challenges and opportunities for our global civilization in the coming years.

In the last decade, we’ve seen a tremendous growth in the numbers of mobile devices being used worldwide, including those that are utilized to access corporate assets. According to technology research and advisory firm Gartner, global mobile data traffic is estimated to reach 173 million terabytes by 2018, which is more than triple 2015’s estimated figure of 52 million terabytes.

Because of this, the firm advises communication service providers to rethink their data caps in order to provide better services to customers and maintain their competitive advantage. Adapting to the needs of users will be of absolute importance for service providers, especially in North America, where monthly data traffic per smartphone is now the highest in the world.

According to a report by Swedish telecom company Ericsson, North Americans used 5.1 GB per month per active smartphone in 2016, a figure which will increase to 25 GB per month by 2022. The biggest factors that will drive increasing data use include the growing number of LTE subscriptions, more cost-effective data plans, better device functionalities, and most importantly, the growth in data-intensive content.

Another example of technological innovation that is causing a strain on legacy networks is the explosive growth of virtual reality (VR) and augmented reality (AR) technologies.

Augmented reality is a form of technology that overlays a layer of virtual information over a user’s view of the real world. By doing this, AR systems create composite views in which the virtual and real-world elements function in synchrony with each other. Virtual reality, on the other hand, provides a user a view of a totally synthetic environment that exhibits an accurate and intelligible set of parameters governing all interactions within it.

In short, AR systems superimpose virtual information over the real world, whereas VR systems create totally virtual environments. The game Pokémon Go – which overlays computer-generated images over live images being captured by smartphone cameras – is a good example of augmented reality use case, while the Samsung Gear VR is a good example of a device that delivers a virtual reality experience.

According to a report by Goldman Sachs, VR and AR have strong potential to become the next big computing platforms, with both variants of computer mediated realities accounting for a total addressable market of upwards of $80 billion dollars by 2025. The AR-VR ecosystem shall comprise applications in industries as varied as video games, live events, video entertainment, real estate, education, healthcare, military and engineering.

The Internet Of Things

Finally, there is also the growing adoption of Internet of Things or IoT technologies. For the uninitiated, the Internet of Things is the creation of networks and systems comprising interrelated computing devices and objects that have the capacity to send and exchange information to one another. IoT comprises a whole ecosystem of use cases that powers many of today’s sectors. Its applications include lighting and home automation, smart metering, smart appliances, healthcare management, manufacturing, security and surveillance, and industrial preventive maintenance.

In an era of near-ubiquitous internet access, IoT technologies and services are playing bigger and bigger roles in many sectors. Global management consultancy firm McKinsey & Company estimates that IoT’s economic potential will be worth as much as $6.2 trillion by 2020, with IoT systems unlocking remarkable value across industry verticals. These include consumer industries such as healthcare, automotive, advanced electronics, consumer goods, retail, and technology, media, and telecommunications (TMT), as well as enterprise industries like the public sector, agriculture, infrastructure, oil and gas, transportation and logistics, aerospace, banking, and mining.

With the drive towards mobile internet connectivity, computer-mediated realities, and the Internet of Things, it’s clear that service providers and network professionals will need to meet the challenge of strained network capacities head on. By relying on cost-effective, scalable, and easily deployable broadband Internet and other next-generation connectivity solutions, they’ll be able to prepare for a future when data-intensive computing will be the new normal.