Profitable IoT Niches – What Facts You Should Know Before IoT Development 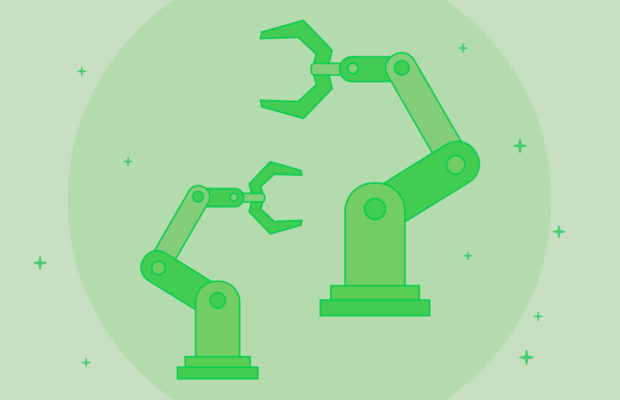 Since its implementation, the Internet of Things has created a stir among consumers both business and average users. One thing is for sure the IoT has perverted the 21st-century technological development and carved out its profitable business niches.

In 2017, the projected IoT services spending is estimated to reach 284.8 billion U.S dollars. The statistics shows the IoT is utilized in such sectors as discrete manufacturing, utilities, healthcare, energy and natural resources, government, and others. 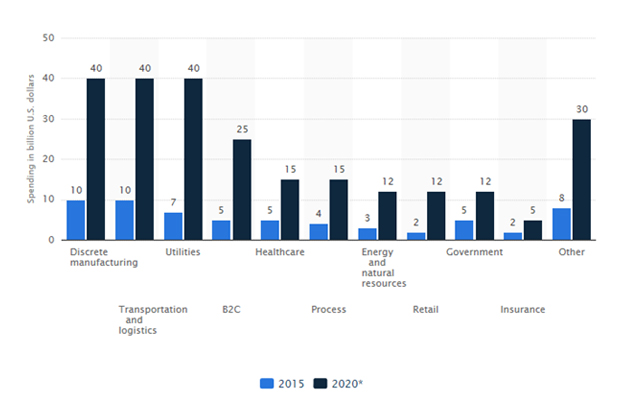 Today, the Internet of Things companies providing IoT development services have come over to action in such business spheres as:

The vast oil pipelines have been supplied with smart sensors both inside and outside the pipe-lines to generating data about potential bottlenecks. Due to the IoT technology implementation it’s possible to monitor and control all aspects of gas production and transportation including seismic data, smell, hearing, and feedback information.

By now a 100km water main and sever in South West England has been endowed with IoT monitoring equipment. The solution allows for water quality monitoring, leaks detecting, notifying the workers through connected devices.

The main US giant of building machinery and vehicles Caterpillar is known to build in telematics into such products as industrial gas turbines, diesel-electronic locomotives, construction, diesel and natural gas engines.

One of the most in-demand US beer distributor has applied the IoT (a GPS-equipped sensors’ system) to track the quality of the beer and cider while it’s being transported around the globe.

The IoT is now used to diagnose and predict aircraft maintenance issues before they occur.

According to the Cisco’s IoT report, smart sensors applied to the place of postal box destination that can inform the recipient about the box packing. The technology is also applied for creating connections to keep vehicles accessible and traceable online. Smart robots are used for things transportation within warehouses.

The IoT and 3D printing technologies have been combined for prototyping circuitry and board circuitry manufacturing. And the technologies are now to move from prototyping to production with the highest PCB printers resolution of 150 microns.

The IoT assists small farmers and agricultural complexes in health and well-being of the cattle. Another good example is animals’ protection: the IoT helps conservationists preserve rhinos from killing for their horns. Other IoT solutions utilized in the sphere are a network for tobacco crop quality monitor, a solution for precise corn planting, a sensor platform for high-quality data collection and analyzing, a nanotube-based sensor used for controlling the level of nutrients in crops, etc.

Continuous glucose monitoring (CGM) systems, which monitor and analyze blood glucose levels and transfer the statistics on a mobile app, are widely used for patients with the chronic disease. Smart IoT apps that define the location of the nearest defibrillator help to save lives in case of emergency. Smart detectors for blood veins help to find vessels and veins even on a child’s body without any physical manipulations.

Besides the larger business sectors, the IoT is called for in day-to-day life taking the form of smart houses, yachts, and smaller in-home appliances.

According to the analytics, Connected Industry has a greater amount of Global IoT consuming. Then, Smart city, Smart Energy, Smart cars follow. 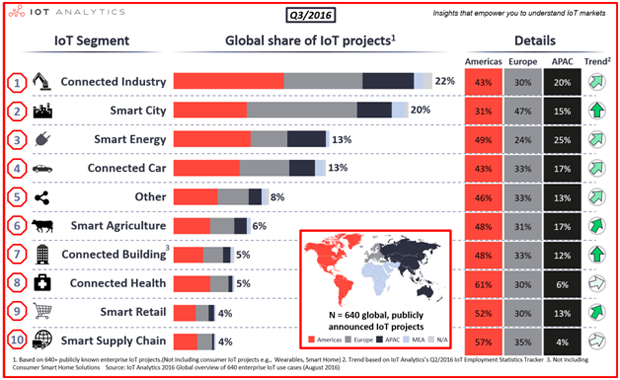 Summing up, it should be said that the Internet of Things stocks continue enticing more and more investors from different spheres while offering a larger number of development companies. Thus, the latest statistics shows the amount of IoT connected devices is predicted to grow up to 31 billion worldwide by 2025 where over 13% of revenue growth in the tech industry is presupposed over the next 24 month. The potential of growth through implementing the IIoT is forecasted to generate $12 trillion of worldwide GDP by 2030, which proves once again successful companies are eager to run the IIoT to keep up with the times and move to a new business level.