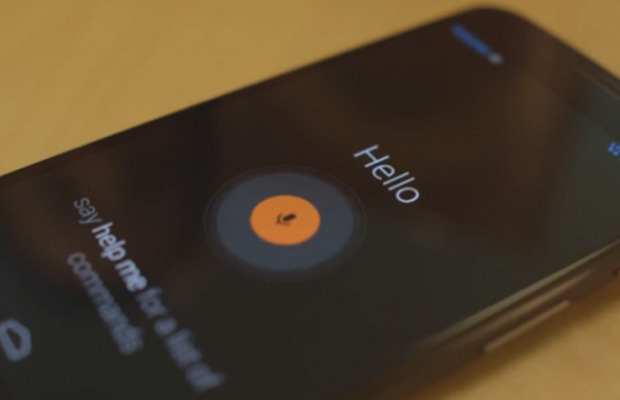 As Apple, Google, and Microsoft continue to improve their respective digital assistants, we can expect features from either camp to jump out and at least temporarily take the lead. Google’s recent patent application for what they are calling “active watching.” It gives Google Now the ability to know the difference between when you are talking to it versus someone else in the room, and has the potential to be a very big deal.

Digital assistant services are mostly new, mostly fun, and not even close to being feature complete. Yes, Siri can answer you even when the screen is off now. Yes, Cortana predicted most of the World Cup with startling accuracy. Yes, Google Now seems almost prophetic when you reply to an email about dinner tomorrow and see directions to the restaurant show up. They are all neat features, but they all still feel kind of half baked right now.

The closest you get to a truly smart system is Cortana’s ability to use the information from your last request to process your current request in the appropriate context. Very cool stuff, but you still have to start a new command every single time you talk to Cortana. 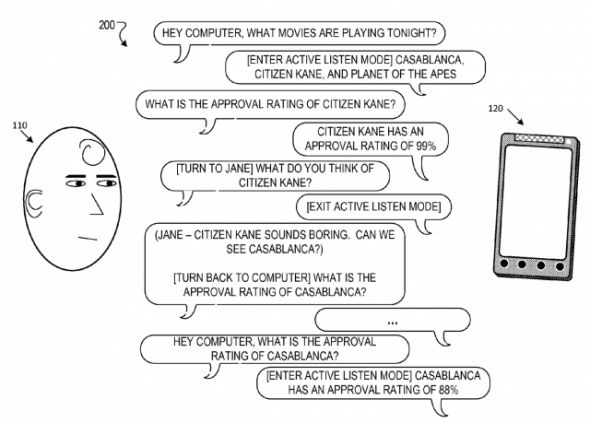 Google’s Active Watching patent uses sensors on the front of the phone to tell when you are looking at the phone and speaking, and operates under the assumption that when you turn your head and change your tone you are speaking to someone else. This way you can carry on a conversation about going to see a movie, and when you look at your phone and speak the device knows to respond to those parts of the conversation.

The demo page Google provides in the patent for this feature really helps break down how they think it will work, and in many situations that is the perfect way to have Google Now behave. After all, in almost every sci-fi movie with an AI it’s the ability to perceive and interact with you that makes it useful.

There’s some obvious hardware missing from this experience, namely the sensors that would govern this kind of behavior. While Google could probably pick up an Amazon Fire Phone or two on the cheap and test this out, there’s a good chance that Project Tango would be somehow involved in making this work. It’s also just a patent, and not a guaranteed feature, but this is a fantastic direction for Google to be taking their digital assistant in.