Samsung Galaxy Note 9 - Everything We Know So Far - TechGeek365

Samsung Galaxy Note 9 – Everything We Know So Far 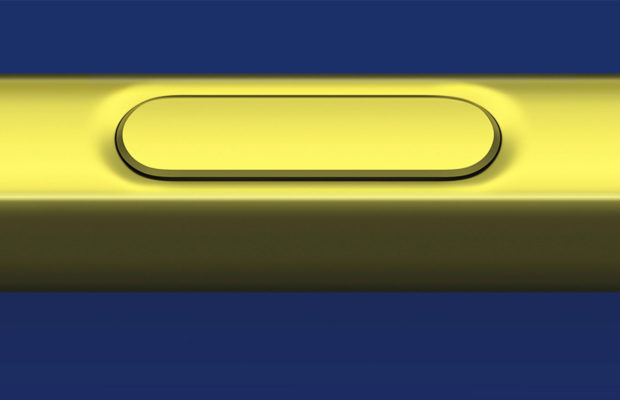 As the clock ticks down to the August 9 Unpacked event in New York, where the Samsung Galaxy Note 9 will officially be announced in all its glory, the internet is abuzz with leaks and rumors. Thankfully we’ve done the deep digging for you, and gathered up everything we know so far.

The Note 9 looks like the Note 8 with its rectangular shape, metal frame and glass back. It sports a 6.38-inch display, which is the largest display ever for a Samsung phone, but this remains unconfirmed, so it’s still up in the air whether that’s true or not. The display itself is a Super Amoled display, so you’ll definitely notice increased screen brightness compared to the Note 8.

Remember the rumors about an in-display fingerprint scanner? It made its way late into the development process, but they ended up ditching it. That kind of sucks, as a lot of people were excited about that feature. The main design difference from the Note 8 is that the rear fingerprint sensor is now parked just below the cameras. That’s a big improvement, making it easier to reach, and helping you avoid constantly smudging the camera lens with your Dorito-caked fingers.

Speaking of the camera lens, expect an improved camera. As before you’ll find a dual-camera at the rear, but now with Samsung’s ISOCELL Plus technology. This improves light sensitivity by up to 15% and increases color fidelity, with more accurate shots in low-light, by allowing the sensor to capture more light.

For ports, you’ve got a 3.5mm audio jack and USB-C. To top off the outside you’ve got a speaker grille. That means you probably won’t get dust and water resistant native stereo speakers. Kind of a bummer, especially if you’re the type that likes jacking up the tunes on your phone.

Blue, copper, silver, violent and black have been rumored as potential color options. We’re hoping for violet, because nothing says “tech geek” like a violet colored phone.

In the US, you can excpect a Snapdragon 845 processor, while the rest of the world gets a Samsung Exynos 9810. The battery has a 4000mAh capacity (up from 3300mAh), which has been stepped up in a BIG way compared to the Note 8. The claim is 25 hours of video playback on a single charge. The larger battery will make the phone slightly heavier than the Note 8, but that’s to be expected.

There will be a 6GB RAM model as well as a behemoth 8GB RAM model, although we don’t know yet which markets will get which variants.

Potentially the biggest change: the Note 9 will now come with a Bluetooth connected S Pen with its own internal battery.

That’s a huge difference from the unpowered, inductive stylus that came with every other Note before this one. Some little internet birdies have whispered that we should expect some big functionality changes here, including using the S Pen to control long-range self-timer, and music playback. Because it’s a Bluetooth device we’re hoping for a lot more, but we’ll have to wait and see.

The UX has some new fluid animations, and updated Samsung AR emojis, but probably not at launch. That’s disappointing because obviously, that’s the most important thing we care about when it comes to our phones (yeah, right..). Pricing will likely be in the ballpark of the Note 8, but probably a little higher. Now that Apple has established a new price point with the iPhone X at $1000, it would be no surprise to see this one creep up to that level. Either way, we wouldn’t expect to see anything less than $929 USD.

For those wondering about Bixby, version 2.0 should debut with the Note 9. It is said to offer enhanced natural language capabilities, faster response times, and improved noise resistance.

The Samsung Galaxy Note 9 is expected to be the most feature-packed and versatile Note yet, and if you’re the kind of person that likes to use a stylus, this will be the phone for you! There’s lots left to be revealed, so we’ll just have to hang tight until Samsung does their official reveal on August 9.