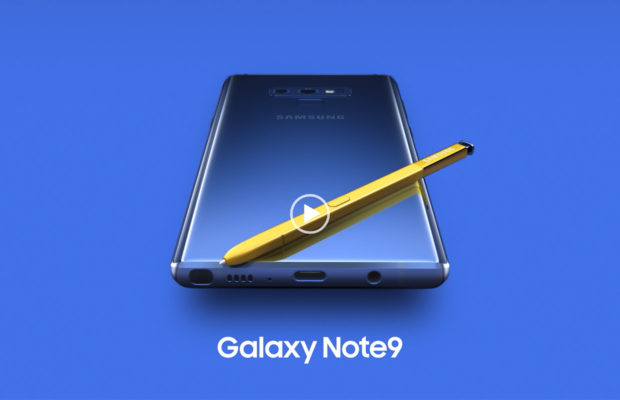 With just a couple of days left before the official launch of Samsung’s Galaxy Note 9, another video has leaked out yet again, this time in an official intro video from the Korean company, which was found by Sammobile.

It’s clearly an accidental release, as there isn’t even a proper name for the video on YouTube.

The leaked video shows off the yellow S-Pen that comes with the blue edition of the phone and promises a 512GB version.

Given how little appears to have changed about the Note 9 relative to the Note 8 we saw last year, there’s a dearth of other hardware novelties to get excited about, though the promise of having a 1TB phone with the help of a 512GB microSD card is rather a tantalizing one.

Samsung’s headline innovations with the Note 9 could still be things we haven’t seen, such as some ingenious application of AI in the way the phone works or significant improvements to the camera. With the launch event set for August 9th, it won’t be long before we know for sure.

Samsung probably isn’t going to be happy with whoever made the mistake of putting up the intro video, but let’s enjoy the beauty of this new phone while it lasts.