All The Awesome Once Expensive Tech You Can Now Own - TechGeek365

All The Awesome Once Expensive Tech You Can Now Own 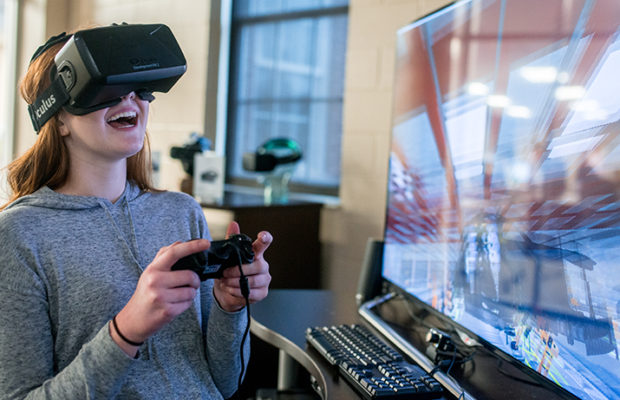 When computers were first invented, no one thought they would be a basic feature that could be found in virtually every home across the country. Today, of course, things are quite different. You have a pocket computer in the form of your phone and various other little tech devices that you can carry with you wherever you go. So, tech evolves, and as it does it becomes more affordable for the home. What you thought would just be reserved for the rich and the famous will eventually end up in your living room.

Let’s look at some of the latest tech that was once too expensive or elusive to buy for your home.

Everything Is Better In 4K

You will have heard that phrase before except rather than 4K it was video, DVD and Blu Ray. 4K is just the latest version of this, but people are very excited by the tech because 4K is the native quality films are typically shot in. And, when you have 4K the changes in color make the picture more distinct and impressive. It can feel like you’re looking through a window rather than staring at a TV screen. When 4K was first introduced to the home market it was ridiculously expensive and cost thousands. Now, you can pick up a 4K set for under a thousand.

The only problem is that 4K TVs do need to be fairly large otherwise the human eye, according to research can’t distinguish between UHD and HD. As such, it makes very little difference whether you have the latest TV or not. Unless of course, you’re willing to pay out for a TV over 50 inches and if that’s the case the price starts to rise again. The good news is that tech ages rather quickly so in a couple of years that ultra expensive TV is going to be on sale with 50 percent shaved off the price tag.

So what will the next innovation entertainment system be? Well, you might think the next step after 4K is 8K but don’t count on it. The difference between 4K and 8K literally can’t be seen by the human eye. We might have finally reached the point of ultimate high definition. The other option is the return of 3D with a vengeance, this time without glasses. But, that’s actually already been tried with the 3DS, and it wasn’t that successful. People just switched the 3D off and played the games normally.

3D printers were once so hi tech and sophisticated that very few companies had them, let alone homes. Now, you can buy a 3D printing pen for your kid for Christmas. And if you love tech, you can get a cheap 3D printer for your home. This does work exactly as it sounds. You’ll be able to print 3D objects, and people have had great fun with this idea. Some people have managed to print a full 3D Iron Man suit while others have created their own BB8. So, it’s essentially a toy for the tech orientated smart sparks. Pretty much, but it does have its practical uses too. In business, 3D printers have been used to cut the cost of manufacturing and make production processes far simpler.

And it might start as just a hi-tech toy in your home. But once you start having some fun with it and figuring out how it runs, you’ll be amazed by what you can use it for. You might be able to create your own product and sell it on the market. So you could actually become a manufacturer without ever having an office.

You might not remember this but as early as the 90’s VR was being tested on the market. Sony was one of the first computer giants to try and package the product as a more immersive way of gaming. It wasn’t as sophisticated as the tech that is on the market today of course. Instead of moving with your head movements your focus of your view would be permanently in one direction. Sony realized rather quickly the tech wouldn’t be successful and due to its inferiority could actually damage the eyesight. As a result, it was pulled from the market. It wasn’t until a couple years ago that VR was reintroduced.

Now, you can buy it for your home and even get cardboard accessories that will turn your phone into a VR device. And while this is exciting, we have to remember that VR is in the early stages of development. The screens in the devices like PlayStation VR are poor, the games are smaller than your typical PS4 AAA platformer, and you’ll no longer be seeing a UHD quality image. So essentially right now VR is one step forward and two back. However, this tech will continue to evolve until the point where it really is like the tech we’ve seen in sci-fi movies.

Remember when there were shows that used to give you a tour around homes of the rich and the famous. There was always some sort of smart control shown off controlling every aspect of the house. These days, you don’t need to be rich to have this tech in your home. You only need a few hundred, and you’ll be able to control everything about a modern home using just your phone. How cool is that? You can expect this type of trend to continue too with homes becoming more sophisticated and perhaps leading to a better quality of life.

One thing is for certain, it’s improved security by leaps and bounds. These days, if you break into a modern home, you’ll be lucky if you’re not locked in while you are forced to wait for the police to arrive. Believe it or not, this type of tech is now available for families who want to make that kind of investment into their safety.

As you can see then, the tech of dreams is now on the market and ready for your home. Are you ready to buy?