Battle Of The Consoles - PlayStation Vs Xbox - TechGeek365

Home / More + / Gaming / Battle Of The Consoles – PlayStation Vs Xbox

Battle Of The Consoles – PlayStation Vs Xbox 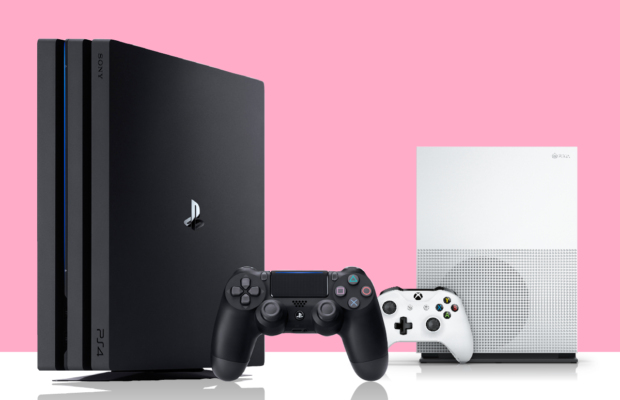 For gamers, there is only one question that they need to answer: PlayStation or Xbox? Like the mobile geeks battle over Apple and Samsung, players battle over consoles. And, just like cell phone manufacturers, not too many can come to a conclusion. You see, there is too much bias and loyalty for the average gamer to make an informed decision. What you need to do is to take emotion out of the equation as only then can you make the best choice. With that in mind, here’s how the PlayStation and the Xbox fair in our impartial test.

Logic should dictate that both consoles cost around the same amount of money, but that isn’t the case. Well, it isn’t the case when the models are new. Xbox premiered their heavyweight contender, the Xbox One, at around $500 whereas the PlayStation 4 was closer to $450. Not only that, but the PlayStation tends to provide one or two games and even a controller. The Xbox One only came with Kinetic and no games, making the initial cost higher. Today, the price of both consoles is around $250 because they aren’t new, and the cost of games is the same. But, if you want a brand spanker, PlayStation comes out on top.

Let’s not pretend that the looks don’t make a difference because they make a big difference. Yes, you are shallow, but so is everyone so don’t take it to heart. There is no doubt that the Xbox is the bigger console, but bigger isn’t always better. If you prefer a sleeker version, the PlayStation is the perfect choice because of its slim line design. Also, the matte black of the PlayStation makes it look even smoother and cooler. The silver of the Xbox is also very attractive, which makes it hard to choose a winner. Because bigger is better, the Microsoft is the victor, but it does depend on your perspective.

There is no point spending all that money on a console if it doesn’t connect to the TV. And, there is no point buying an LCD, 1366 x 768 resolution, HD monitor if you can’t use it to play games. By the way, HD means high definition and the resolution refers to the number of pixels per inch. If you are still confused, check out this guide on choosing the best gaming monitor. Anyway, back to the topic at hand. The connectivity of both is pretty good, what with the Wifi capabilities and HD inputs. But, the Xbox has more inputs that add more value.

In the past decade, we have seen a multitude of exclusive games for both. And, again, it depends on what you prefer. Here at Tech Geek 365, we prefer the PlayStation exclusives, and here’s why. In simple terms, the games seem to have a more impressive back story, and they are more interactive. Persona 5 and Uncharted 4: A Thief’s End is two relevant examples. Xbox has some good games, but not as good as PlayStation games.

Would you believe it? It’s a tie! It seems that both are evenly matched after all.

About Sandra: With over 9 years of search marketing experience, Sandra is cross skilled between PPC and SEO. Her experience in search spans across different verticals including Technology, Retail, Travel & Automotive.
Related ItemsConsolesFeaturedGamingPlaystationSonySony PlaystationXBOX
← Previous Story Bubble Shooter Is Back At It Again
Next Story → A Buyer’s Guide To Gaming Monitors