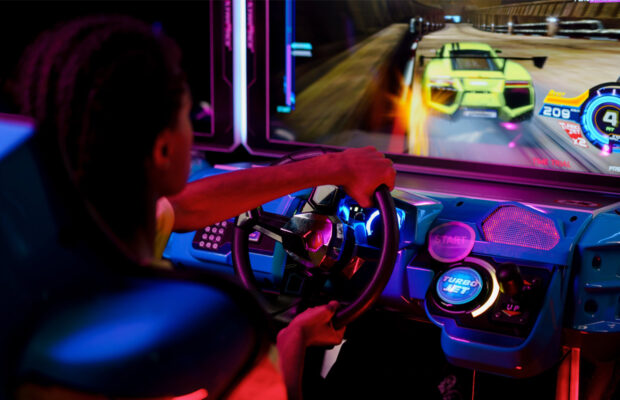 Every avid gamer has their own specific hardware preference – whether it’s PC gaming, consoles, tablets or smartphones. In the same way, the majority of gamers have their own preferred gaming genre – whether it’s fighting, shooting, survival or battle royale games. But one genre is undeniably a firm favorite for a huge cross section of gamers and that is car racing. These racing games are more than just video games as they allow you to stimulate your skills behind the wheel as you can pull off amazing stunts like never before? If you’re a gaming enthusiast who’s looking for more entertainment, here are the top three car racing games to consider playing.

Launched way back in 2018 by Playground Games, the Forza Horizon 4 shook the PC gaming industry when Microsoft Studios published it. This world-class racing video game features beautiful regions of Great Britain and more than 700 licensed vehicles. You can race along the Scottish Highlands and through some beautiful British villages. Using a route creator, players can customize their routes and unlock different racing experiences.

Forza Horizon 4 factors the seasons of summer, winter, spring, and autumn into its landscape, enabling you to adapt your driving with respect to the changing seasons. Your vehicle will respond to subtle changes in weather and road conditions. You can use the opportunity to partake in traditional races as well as seasonal championships. Forza Horizon 4 fastest drag car helps you set the tone of limitless entertainment during the lockdown.

Initially built for PC gaming, Grid AutoSport is now available on the Google Play store, which means Android users have an opportunity to interact with this best race game app for 2021. This simulation racing app allows you to mimic the art of driving in great detail. Learn the mechanics of steering the wheel as you watch the high-definition visuals.

AutoSport’s controls are pretty easy to use, and they allow you to fantasize about pulling up in the real-world supercars through ultramodern racetracks. Unlike other kinds of games, Grid AutoSport is highly accurate and looks realistic. While the game is visually stunning, it turns out that you may have to get used to its relatively high price.

This game may be the best way to test drive your dream cars without actually owning them. Shift 2 race cars are highly capable of handling any terrain, and the game challenges players to perform to their highest level. With a dynamic view that changes according to the context, you can have a blast with Shift 2 if gaming is your number one source of entertainment for the lockdown.

When approaching sharp corners, your view adjusts in a way that allows you to react to the road situation and drive through it confidently. When fellow drivers are fast trailing you, your mirrors sharpen to a great extent, which means you can pull through dense traffic without losing control of your way. Race driving in Shift 2 feels natural; the game is designed to communicate the fun and excitement of driving, and it excels greatly in that spectrum. Which of these car racing games will you be playing first?

With over 9 years of search marketing experience, Sandra is cross skilled between PPC and SEO. Her experience in search spans across different verticals including Technology, Retail, Travel & Automotive.
Related Items
← Previous Story Features To Look For In A Gaming Laptop
Next Story → How Dirty Is Your Gaming Console?