How PC Gaming Gives You More For Your Money 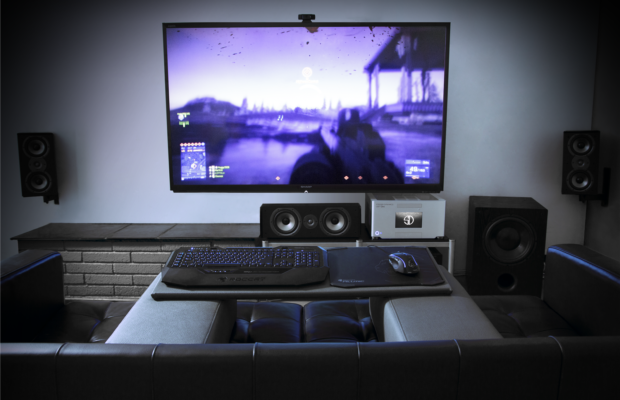 The PC – Console war has been raging for years, and there doesn’t seem to be any possibility of peace in sight! While we could focus on the age-old arguments of graphics, frame-rate, and overall gaming experience, one thing that’s commonly overlooked is the sheer value of choosing PC gaming over consoles. In this post, we’ll look at some of the biggest reasons why PC gaming gives you more for your money.

We’ll start off by addressing the elephant in the room: the up-front purchase price. This is classically where consoles have won over in the past. Most people assume that a good PC gaming rig will set them back thousands of dollars, whereas a console will only cost them a few hundred. While the upfront cost of gaming PCs is still a little higher, it’s not that much more expensive these days than it has been in the past. Visit a PC parts website or Reddit’s “build a PC” board, and you’ll see a lot of entry-level builds that are only a little more than what you’d pay for a high-tier console. If you don’t want to go through the hassle of building, some of the best 17 inch laptops for gaming can also be surprisingly affordable. The important thing to remember is that PCs can be upgraded by buying separate parts, opening up the PC, and installing them. With consoles, on the other hand, your only choice is buying the newer version!

Console Exclusives Are No More

Right now, anyone with a decent gaming rig could open up Steam and play Street Fighter V, Rise of the Tomb Raider, Grow Home, SOMA, and a number of other titles that had been released as console exclusive games. Microsoft and Sony both seem to consider PC gaming as neutral territory, whereas if you stuck to consoles, you’d have to have one console or another to enjoy some of the franchises you love so much. Although Sony have certainly been the more cautious of the two gaming giants, this could all change with the emergence of the PlayStation Now subscription-based game streaming service. The point here is that going with the PC route rarely means missing out on any titles these days.

Once you buy a PC game, this means that you’ll be able to play it forever. Unlike console gaming, the history of PC gaming stretches back almost 40 years – all the way to the very first indie developers who worked on what have become legendary titles from their student dorms. All that history is going to be instantly accessible to you with a good enough PC. If you love text adventures, then you just have to head over to the Interactive Fiction Database. If you’re more into DOS games, then sites like DOSBox will have you sorted. With a PC, you’ll have decades of gaming history at your fingertips, and won’t have to deal with the frequently extortionate monopoly of the console games market.

About Sandra: With over 9 years of search marketing experience, Sandra is cross skilled between PPC and SEO. Her experience in search spans across different verticals including Technology, Retail, Travel & Automotive.
Related ItemsGamingGaming PC
← Previous Story A Buyer’s Guide To Gaming Monitors
Next Story → StreamVR Beta Available For macOS