Cloud Gaming – The Future Or Just A Fad? 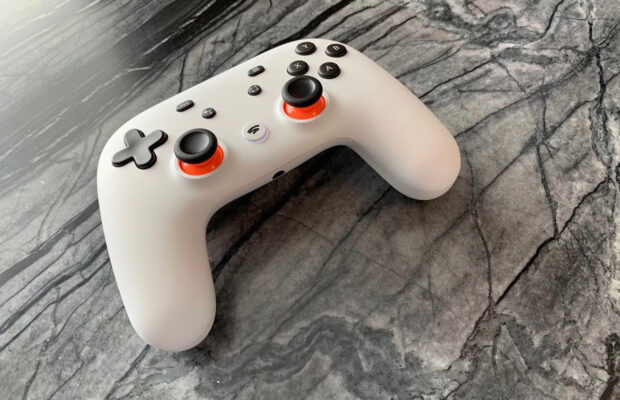 Technology is absolutely central to how we all live now. From social media to video calls at work, tech allows us to live life in a much more convenient, efficient and enjoyable way. Although the internet was the big game changer when first seen publicly in the 1990s, tech has moved on a lot in the intervening years to build on this.

One such major advancement that we will all be familiar with now is cloud technology. In basic terms, this sees the delivery of computing services via the internet through remote servers. The cost savings and improved productivity that cloud computing brings has been embraced by many sectors, including business. Cloud-based services also make collaborating with colleagues easier in work settings and make remote working more accessible too.

Of course, this is only made possible thanks to the cloud companies that provide the products to use and help companies integrate them into their current workflow. Infor, led by Charles Phillips, is perhaps the most well-known in this regard. Under his leadership, Info has tripled in size to offer its cloud tech services to businesses in over 200 countries worldwide. The cloud tech that Infor develops is a prime reason why this leap forward in technology has been embraced by the business sector so much.

Is Cloud Gaming Here To Stay?

It is not just business that has taken to the cloud in a big way. Modern video game players are also becoming more interested in playing games via the cloud. Rather than play a title they put into a console or PC with whoever is in the same room as them, they now like to head online via the cloud to game with people all over the world.

But will cloud gaming stick around, or is it just a fad? When you look at the many benefits that it offers to players, it seems likely that it is here to stay. Here are a few reasons why this type of gaming looks future proof.

The bare facts are that playing online via the cloud is a much more social experience. As gaming continues to look at how it can avoid people becoming isolated when playing, this is a key part of what makes cloud gaming crucial going forward. Playing through the cloud gives you access to lots of other gamers to have fun with on your favorite game. It doesn’t matter if they are in a different continent from you – you can still have the social experience of playing with other people. This was not true in the past, where you may have played games isolated and on your own if there was no one else physically in the room.

In the past, game developers were somewhat beholden to the big game companies such as Sony in terms of releasing titles. This led to creativity being stifled somewhat and a reduced choice of games for players to enjoy. Cloud gaming has changed all this by making it easy for developers to release games on the cloud themselves for players to try out. This has led to more games to play and also given games developers more freedom in what they produce.

Traditional video gaming on consoles or PCs required you to own the physical game to put into your machine. Cloud gaming does not have this requirement due to the games existing purely online. Many are cheap to buy compared to purchasing traditional video games, and some may even be free! Naturally, this represents much better value over time for those who play games on the cloud. It also gives a real flexibility to your gaming – with literally thousands of games there, ready to play, you can simply choose one that you feel in the mood for today. It no longer matters if you physically have it on your bookshelf to put into your machine.

Who remembers wanting to play that latest game on your PC but not having enough memory to cope? Or hearing about a cool game to try that wouldn’t be available on your console as it didn’t have the processing power? Cloud gaming says goodbye to these follies using powerful compression software on the cloud platform itself. This means that pretty much any game can be played on the device you have and means that you never miss out on that game you want to play.

The Cloud Is The Future

Although it is hard to make any definite predictions in life, it seems that the cloud is here to stay. This is certainly the case for gaming, where it makes everything much easier to access and more enjoyable. Playing on your own is okay, but playing a Battle Royale-style title with lots of other people from around the world? That is much cooler!

About David: Techthusiast & Avid Traveler.
Related ItemsCloud GamingGaming
← Previous Story The Top 3 Voice Chat Tools For Gamers In 2019
Next Story → Features To Look For In A Gaming Laptop