The New Microsoft Flight Simulator Is Coming In 2020 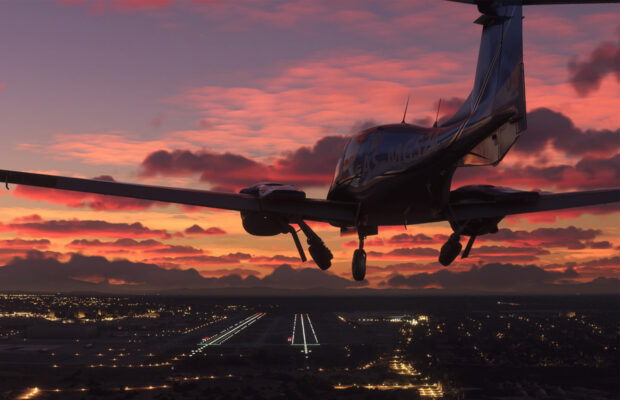 Microsoft hasn’t forgotten about its Flight Simulator franchise, and it isn’t going to let the previous one just sit and age. During the Xbox E3 press conference, Microsoft revealed a surprise trailer for a new version of the long-running flight simulator game.

The game-play trailer, all in real-time 4K, showcased aerial shots of oceans, city skylines, mountains, canyons, pyramids, and such sights and landmarks from around the world. All the while, different manner of aircraft, from powerful airliners to smaller “prop” planes, flew and performed maneuvers. From within the cockpit, weather effects could be seen and radio communication could be heard. There were also complex flight controls and panels. All these elements together suggest an emphasis on realism that the series is known for.

The simulated aspect of the series will certainly be kept intact as it is powered by satellite data and Microsoft’s Azure AI. The implementation of the latter is especially interesting. It appears to be a service for business management and cloud computing.

According to the company, Microsoft Flight Simulator will be available in early 2020 on Xbox One and Windows 10. You’ll also be able to grab it on Game Pass, which recently announced a PC specific service as well as opening up its Ultimate package to everyone.

Microsoft has kept its word to go “big” during E3 2019, covering 14 first-party Xbox One titles and several third-party games. We already knew about a few of the games going into the conference, such as Halo Infinite, Gears 5, and Dying Light 2. Others, like Cyberpunk 2077 and The Outer Worlds were only rumored to happen, but we’re happy to see that those leaks were true. Of course, it wouldn’t be E3 without some announcements for new games as well, and Microsoft has not disappointed. The studio even revealed its next-generation Xbox console, still tentatively titled Project Scarlett.

I Write Things.
Related ItemsFlight SimulatorGamingMicrosoft
← Previous Story How To Setup & Enable 2FA (Two-Factor Authentication) On Your Ubisoft Account
Next Story → The Top 3 Voice Chat Tools For Gamers In 2019