BlackBerry Launches A New Tablet That’s All About Security 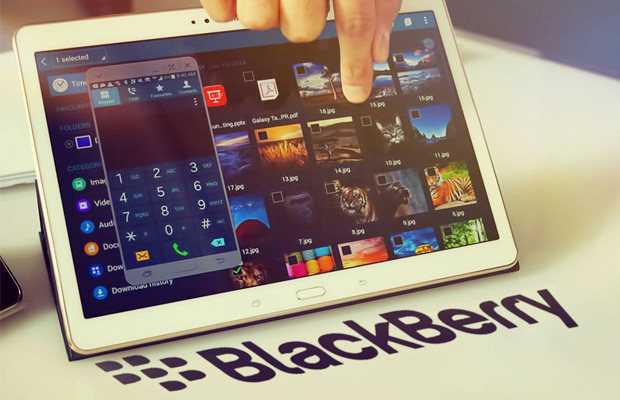 BlackBerry doesn’t exactly have a strong history with tablets. Its first one, the PlayBook, flopped badly, mired by half-baked software and a botched product launch. The company was so badly seared that it has stayed away from the market since then.

However, tablets have some clear use cases in business and enterprise — BlackBerry’s core demographic — so it’s having another go with the SecuTablet, which puts a strong emphasis on security.

This time, BlackBerry had some help: The SecuTablet’s hardware is simply a modified Samsung Galaxy Tab S 10.5, one of the better Android tablets to compete directly with Apple’s iPad. It incorporates existing security-card tech from Secusmart, which BlackBerry acquired last year, to encrypt voice and data communications.

The company also hooked up with IBM on the software side, which boasts a large footprint in the enterprise space, and has been pushing hard lately to create mobile software solutions for that sector. BlackBerry collaborated with IBM to ensure its new tablet was secure enough for government work, but would also run apps like Facebook and YouTube, so users wouldn’t need a second device.

That kind of convenience and security doesn’t come cheap, though: The SecuTablet costs 2,250 euros or $2,360 US — a price that certainly puts the device in a league of its own. But for the global organizations BlackBerry is targeting, safeguarding high-stakes data is often well worth the cost.