Cockroaches Use Time-Lapse Light Photography To See In The Dark 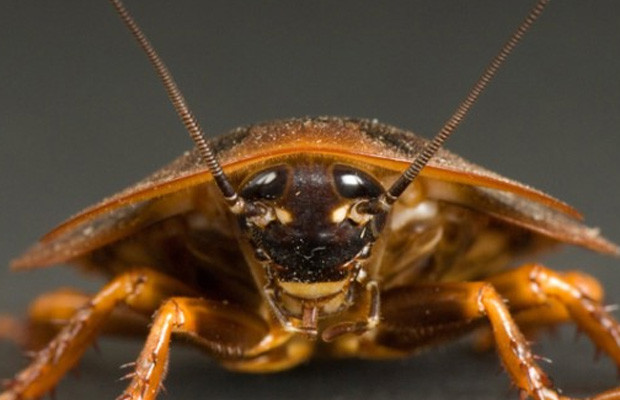 Cockroaches are gross, but they’re also fascinating examples of evolution at its most cunning. These insects have scuttled across the Earth for hundreds of millions of years. Cockroaches are mainly nocturnal and some scientists from the University of Oulu in Finland got to wondering just how good their night vision was. It turns out to be fantastic because cockroaches basically have built-in time-lapse cameras in their heads.

The researchers tested roaches with the aid of virtual reality, which sadly did not involve building tiny roach-size VR goggles. Instead, the insects were placed in a small tracking ball surrounded by a spherical display onto which a series of black and white moving lines were projected. This pattern triggers a reflex in roaches that causes them to move toward the lines, thus the team was able to tell when the test subjects actually saw the light.

As an additional measure of vision, the researchers inserted microelectrodes into one of the roach’s compound eyes to record the electric signal when the photoreceptor cells picked up a photon. They progressively lowered the amount of light projected onto the screen until it was far below the threshold of most creatures. With light equivalent to a moonless night, each photoreceptor in a roach’s eye absorbed one photon every 10 seconds. That’s pitch black to most creatures, but it’s enough for roaches.

Even with very little light, the roaches were still able to detect the moving lines. Considering the type of pattern used, reaction times, and optical properties of the cockroach eye, the scientists concluded that the insects are able to pool information from their photoreceptors over time to generate an image they can see. It’s more or less the same thing a time-lapse camera does.

The cockroach is not alone in its unusual approach to night vision. Several other insects have shown similar traits. If scientists could work out how their nervous systems do it, we could improve our existing night vision technologies.

I Write Things.
Related ItemsRandomScience
← Previous Story Here’s The Best Place To Put Your Router, According To Physics
Next Story → It’s Now Possible To Open Source Your Body For Medical Science