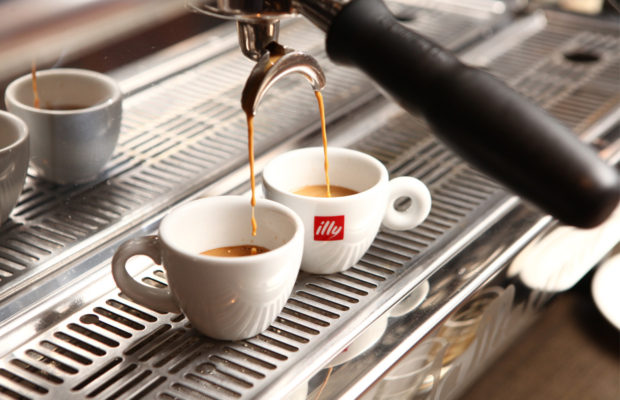 In recent headlines, I’ve been reading things like “Caffeine may be able to block inflammation, new research says” and “great news: your coffee addiction is actually pretty good for you”, BUT WHAT DOES THAT EVEN MEAN?

First, let’s take a step back and look at coffee in the grand scheme of things. Before coffee, there was tea, but legend has it that the coffee bean was first discovered in Ethiopia, and around the same time talk about coffee surfaced in Arabia (Near East/MENA region). After that, travelers told stories back home about the unfamiliar dark beverage, and today we are coffee driven humans. It’s part of our everyday routine, social engagements, and culture even. In this day and age, Coffee is a billion dollar industry that thrives on our love and dependence on caffeine.

Let’s get a few things straight though, to clarify, this research discusses plain old simple black coffee; not a venti triple caramel Frappuccino with loads of processed sugar, cream, flavors, syrups and added calories, because that’s not coffee… it has coffee in it but that’s not what the research is discussing. Plus, if we are being honest here, all those additives are unnecessarily and have their own “side effects” on your health.

I won’t bore you with scientific jargon, but in a long-term research study carried out by Stanford University and the University of Bordeaux, the genes of 114 subjects were analyzed to examine how much these people were using specific genes to produce certain proteins. What they found was not what they originally set out to look for, but what they ended up discovering is pretty awesome.

What we already know about coffee and caffeine from previous studies is that when caffeine molecules reach your brain via bloodstream, it blocks adenosine (what makes us sleepy) from binding to nerve receptors — which produces a state of wakefulness. Ergo, according to the recently published journal article, researchers are supposing that there is a correlation between caffeine and reduced inflammation, which suggests that this caffeine blocking mechanism is what is responsible for reducing inflammation because caffeine might also be blocking adenine and adenosine from immune cells and receptors throughout the body.

The key word here is correlation. NO. Coffee will not make you indestructible…. consequently, another thing that needs to be clarified is the difference between causation and correlation. Since this research is an observational study (vs controlled study), scientists and researchers have yet to prove that caffeine can indeed lead to better health, but what they observed is that there is a possibility. In other words, the study shows the correlation between coffee / (natural source of) Caffeine and that in general coffee drinkers have not developed these chronic inflammations as much as non-coffee drinkers. We cannot assume that drinking coffee causes less inflammation risks. Got it? It’s a work in progress, but at least we know it’s not seriously harming our bodies.

On the same note, coffee has been thought to have many advantages such as putting off type 2 diabetes, cardiovascular disease, dementia, Alzheimer’s, and Parkinson’s. Whether coffee Lowers rates of some cancers is still debatable because contradicting studies have claimed hot drinks, especially coffee can be carcinogenic. Furthermore, the disadvantages in same cases also include cholesterol, restlessness, and of course addiction because at the end of the day caffeine is a drug. Theoretically, researchers found that 3 to 5 cups per day is the safe zone for the general populace, but each and every body type is different so listen to what your body is telling you. Accordingly, moderation is key.

Coincidentally, I wrote this article while drinking coffee…. so yes, this might give you an idea about my serious coffee dependency. And yes, I will celebrate this small victory!