From time to time I get in the mood to switch things up on my BlackBerry Z30 and change to a new background. It doesn’t happen often, because when it does, I’ll spend way more time than I should searching for the right photo, or capturing the right expression of my dog to set as my background.

Walls from ReFocus Labs is a new app that allows me to create my own background with hundreds of customizable options for a truly unique look on my phone. 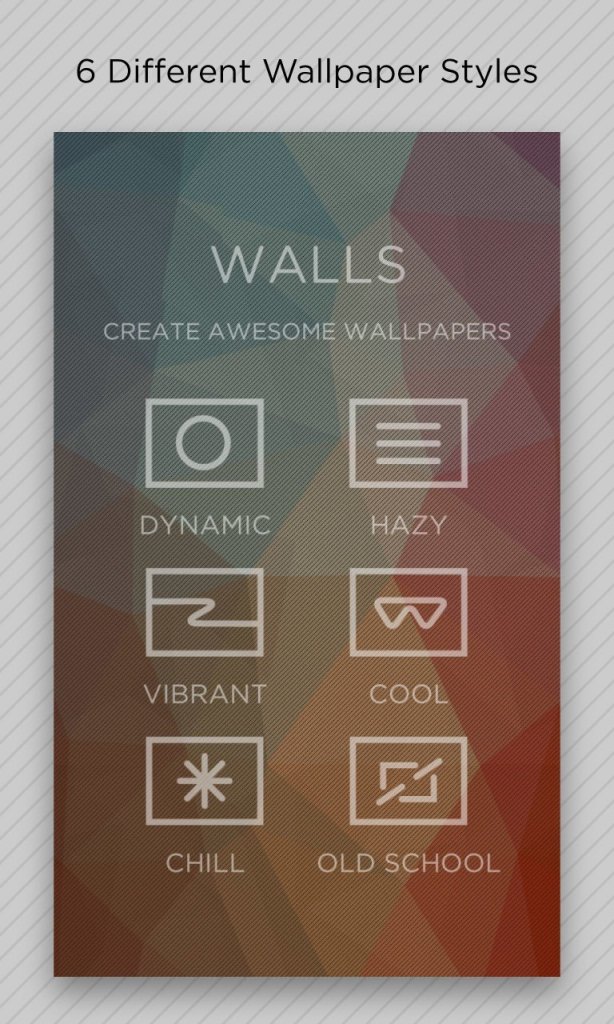 Walls is a background creator that has different textures and color palettes that allows users to customize a photo that can be used as a background for your device. On top of that, you can overlay any photo on the background to add your own touch.

ReFocus Labs is probably one of my favorite developers for BlackBerry 10. All the apps they’ve made are stellar in pretty much every way. This one is no exception. The layout is crisp, clean, minimalist, and easy to use. As soon as I downloaded it, I was able to jump right in and get started without any need for instructions.

It’s pretty simple: pick one of the six different patterns available and then select a palette, texture, and photo overlay. You can use none, one, or all in your background.

The app allows you to instantly set your creation as your phone’s background, and it also saves the photo to your gallery when setting your background. If you don’t want to set it, you can also save it. Lastly, Walls lets you share your new photo with the world, so if you’re especially proud, you can post it to social media, or send it through BBM, SMS, or E-Mail. 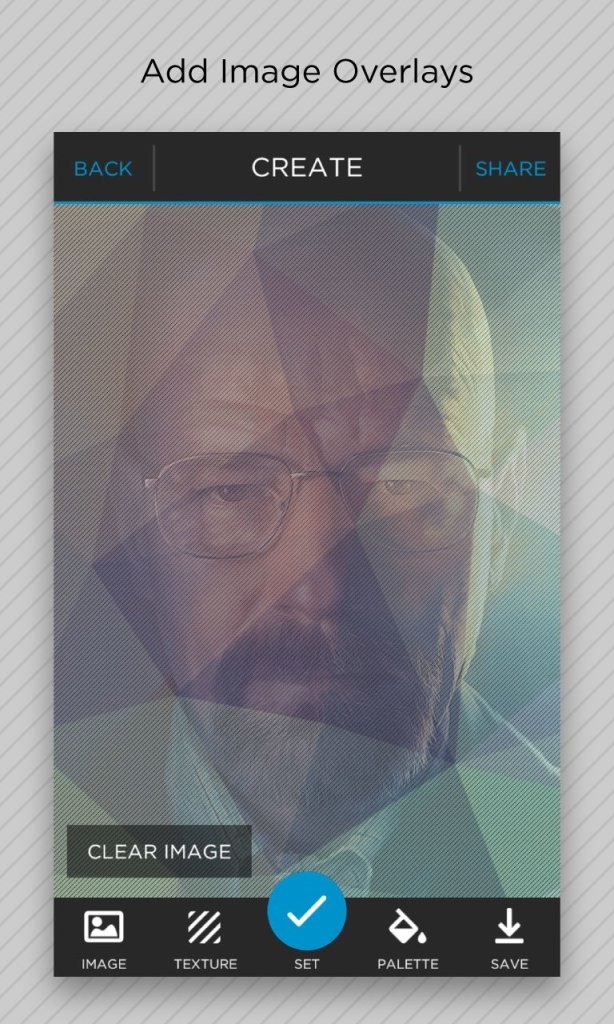 One of the greatest features of Walls is the ability to overlay one of your own photos onto your creation, making your options virtually infinite. The app itself has 6 styles, 25 textures, and over 800 color palettes, and while that’s a pretty monstrous number, there are still a finite number of combinations you can mix up. I’m not saying I’m planning on trying to find all those combinations (it’s well over 10,000, in case you were wondering), but with the ability to overlay your photo, you literally have no end to the type of background you can create. 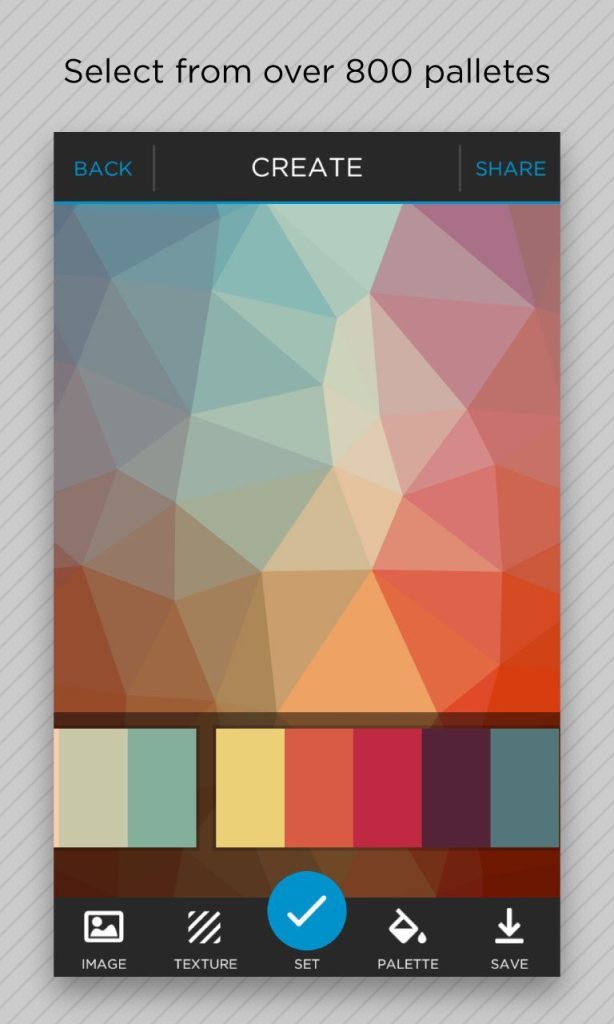 While Walls is a wonderful app, there are a couple things that were a bit inconvenient.

At the top of that list is a small issue when overlaying a picture. I tried it several times with different photos, and they all showed up rotated  and not centered on the screen. I figured I could rotate the photo manually, or that tapping on the screen would rotate it 90 degrees with each tap, but all that did was change the pattern up a little bit with each tap. (Side note: that’s a pretty awesome feature in its own right.) I’m guessing to get the photo looking how I want it, I have to rotate the picture in my gallery until it shows up how I want it in Walls. Hopefully this is an issues they’ll fix a little bit later on with an update.

Another nice feature would be the ability to adjust the opacity or strength of the textures and styles. I think this would really add a whole new level of customization to Walls.

Should I buy it?

At only $ 0.99 cents, Walls is a pretty good bargain. If you’re like me and like to spice things up with unique backgrounds, Walls is a great choice. I’ve tried other wallpaper apps, and this is by far the best I’ve used.

You can purchase Walls in BlackBerry World.