Crystal Invented That Can Store, Release And Replenish Oxygen On Command - TechGeek365

Home / More + / Crystal Invented That Can Store, Release And Replenish Oxygen On Command

Crystal Invented That Can Store, Release And Replenish Oxygen On Command 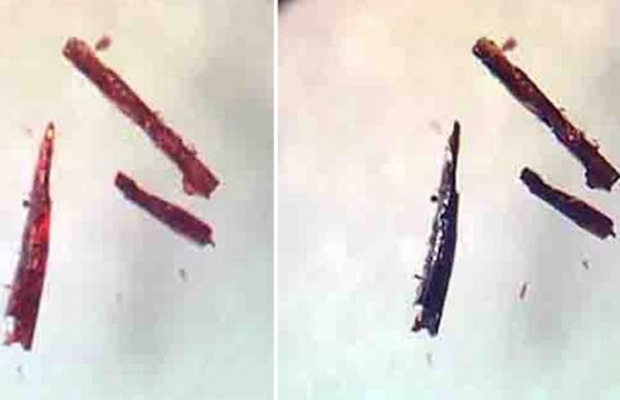 In what sounds like the most efficient weapon that an alien race can threaten the human populace with, scientists at the University of Southern Denmark have invented a crystal that pulls oxygen from a room and even water. According to the researchers, only a bucket full of the crystalline material is needed for the effect to take place.

The substance is a salt made from cobalt, and aside from rhyming, is capable of slurping up oxygen at 160 times the concentration of the air we breathe. While the new material sounds like something that will make the perfect weapon to toss into a room to control a crowd or to play a very mean prank on a coworker, the researchers state that “an excess” of the substance is what’s needed to make it impossible to breathe. Perhaps even more sci-fi than a crystal that can suck up all the breathable oxygen, it can then later release that oxygen if exposed to heat or placed in scenarios where little oxygen is present. Yes, that creates very specific imagery of space explorers tossing oxygen bombs into derelict space vessels in order to safely explore them without breathing from an oxygen tank.

Christine McKenzie, the author of the study, says that the crystals work similarly to our own hemoglobin, which captures and releases oxygen into our blood using iron as a trigger.

Of course, if a crystal can hold enough oxygen until it’s triggered to release, it could theoretically be used to replace heavy oxygen tanks — even underwater. McKenzie states that only a few grains of the crystal contain enough oxygen for a full breath. Furthermore, since the crystal can absorb oxygen from the surrounding water, it could possibly even replenish its own air supply. Perhaps even crazier, the research team thinks the crystal can repeatedly absorb and release oxygen without ever losing its ability to do so.

If the crystal sounds too good to be true, that’s because — in its current form — it basically is. The discovery is relatively new, and would likely take a long time to perfect, produce, and test in any kind of non-lab scenario. For now, though, we can dream of oxygen bombs and tankless scuba diving, knowing that scientists have actually discovered a material that could one day bring about that kind of future.