Movie makers have been sending humans into deep space for decades, and a typical way of explaining how they got there unscathed is by placing them in stasis. Event Horizon, Prometheus, and the Alien series of movies are good examples of this. Humans in capsules in a suspended biological state while they travel for months or even years. But while that may be science fiction, it could now end up turning into science fact.

NASA has backed a study by SpaceWorks Enterprises looking into the use of deep sleep in order to allow astronauts to travel long distances in space. The first of such missions is going to be sending humans to Mars, a journey that will take around 180 days using current space tech. Keeping a human alive for that amount of time isn’t hard, but it does require sending enough food and entertainment along with them so they don’t starve or go crazy. The vessel they travel in also needs enough energy to maintain a livable environment for the human. 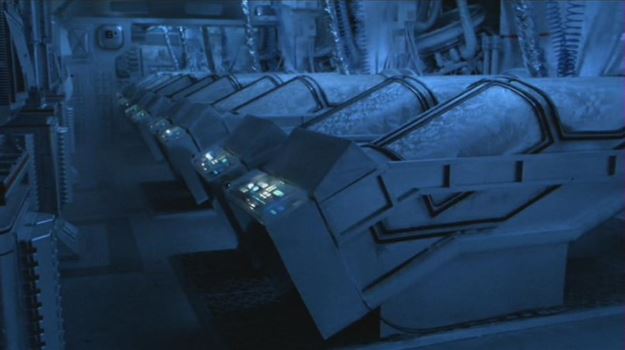 If a human could be placed into a very deep sleep instead, they wouldn’t need entertainment, food and water could be strictly controlled by intravenous drips, and the energy required to keep them alive would be lowered significantly. Therefore, it’s obviously a highly desirable thing to do.

The focus of this study is on torpor: a kind of hibernation state that sees body temperature and metabolic rate decrease. Some animals already naturally go into a torpor state on a regular basis and humans can if suffering from hypothermia. But NASA wants to try and safely adapt it for humans and extend it to 180 days. If it can, it would bring us a step closer to sending a team of astronauts to Mars.

Doctors already know how to induce therapeutic hypothermia in a patient, so the techniques are not completely novel. The preferred method is an intranasal cooling system like the RhinoChill pictured above, which streams coolant and gas into the body lowering its temperature and achieving a torpor state in a few hours.

The big challenge is the time extension, with a week being the best achieved so far. There’s also going to be a major health monitoring hurdle to overcome. What if something goes wrong during the journey to Mars? NASA will need the ability to monitor in real-time and adjust the torpor state remotely or even wake up an astronaut if their health is at risk.

I Write Things.
Related ItemsMarsNASARandomScienceSpace
← Previous Story Crystal Invented That Can Store, Release And Replenish Oxygen On Command
Next Story → Here’s Why You’re Bouncing Off The Walls: The Genetics Of Coffee Consumption