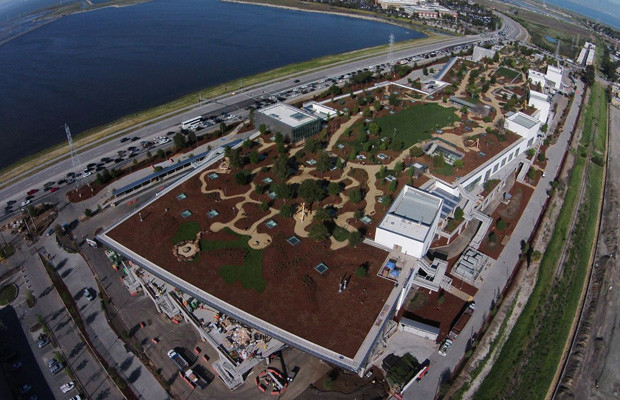 Facebook plans to construct two additional offices nearby its latest building, and architect Frank Gehry is on board once again to design them. According to the Los Angeles Times, the two planned offices in Menlo Park, California will give Facebook close to an additional 1 million square feet of space and have a similar look and feel to its newest building. That building, designed by Gehry, is said to have the “largest open floor plan in the world” and is covered on top by a park that employees can walk along (seen above). Facebook began moving into that building a couple weeks back.

The two new offices would go on 58 acres of space that Facebook purchased last year, according to the LA Times. Nine existing buildings will have to be demolished to make way for them. “We believe our project will positively transform this part of Menlo Park by converting a heavy-industrial site into a vibrant campus that fosters collaboration and innovation,” Facebook writes in a letter to the city requesting approval for the project, according to the Times. There are few details on the new buildings right now — other than that they’ll be similar to the other Gehry building — but at least one is planned to include a 2,000-person auditorium. Apple is also building a large auditorium in its new campus, with plans to host events there instead of renting outside space.