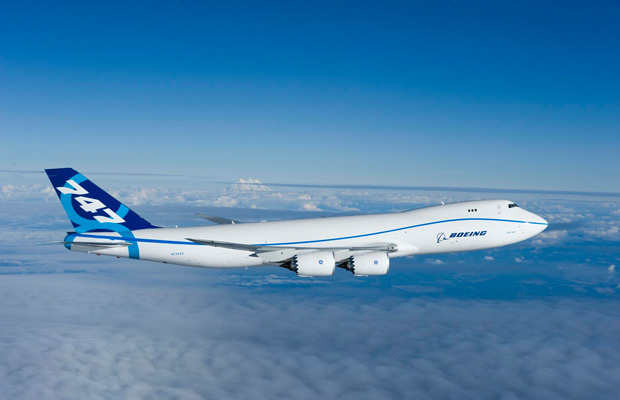 We’ve known for a few months now that Facebook wants to beam wireless internet access to unconnected parts of the world using solar-powered, laser-equipped drones. But now one of the leaders of the project has revealed more mind-boggling details, including the fact that Facebook envisions drones the size of a Boeing 747 commercial airliner and wants to keep them flying for months, even years, at a time.

As Yael Maguire, the engineering director at Facebook’s Connectivity Lab, said in an interview at Mashable’s Social Good Summit on Monday: “In order for us to fly these planes — unmanned planes that have to fly for months, or perhaps years at a time — we actually have to fly above the weather, above all airspace.” Maguire also further said that the drones should be thought of as planes because they will be “roughly the size of a commercial aircraft, like a 747.” He later compared one drone design in Facebook’s lab to the length of “six or seven [Toyota] Priuses” but said it only weighs as much as four of the car’s tires.

It’s unclear just where and when Facebook will be launching its first internet connectivity drones. Maguire said that he hopes the will be able to test one in the US in 2015. India and 21 additional countries in Latin America, Africa, and Asia are being looked at. It’s also unclear just how Facebook will be able to comply with the various aircraft restrictions in any of these countries.

Facebook is working on bringing internet connectivity, and of course, its namesake social network, to developing countries through its Internet.org nonprofit organization launched last year (it already launched an app to provide basic web services over cellular in Zambia). It’s also recruited Ericsson, Nokia, Qualcomm, Samsung for that effort, but a spokesperson for Facebook said that the company wasn’t working with others on its drone project. Meanwhile, Google is also separately pursuing wireless internet using drones and balloons through Project Loon, but has only performed a few tests of its systems so far. For now, the idea of beaming a useful, reliable internet connection to people from an unmanned aircraft an ambitious blue-sky proposal.

I Write Things.
Related ItemsFacebookSocial MediaTechnology
← Previous Story How On Earth Did Vizio Make A $999 4K TV
Next Story → Worse Than Heartbleed? Today’s Bash Bug Could Be Breaking Security For Years