One of the few strong points of Google+ is that it automatically enhances all of your photos in an attempt to make them look even better, and now Facebook is starting to test the waters with a similar feature. Photos uploaded to Facebook on an iPhone will now be gently enhanced by default, with the app adjusting lighting, shadows, and general clarity. You’ll be able to remove the changes entirely, or you can enhance the photo further.

Photos uploaded on Android phones will start being enhanced by default in the near future, but it sounds like the feature may stop there. Rather than bringing this to the desktop, Facebook seems to be most interested in improving its users’ often poorly shot mobile photos. That makes this far less ambitious than what Google+ is doing, but it could still mean a big change for your feed. Nicer looking photos from your friends means a more enjoyable Facebook all around, so it’s good news for everyone if Facebook’s photo enhancer works. 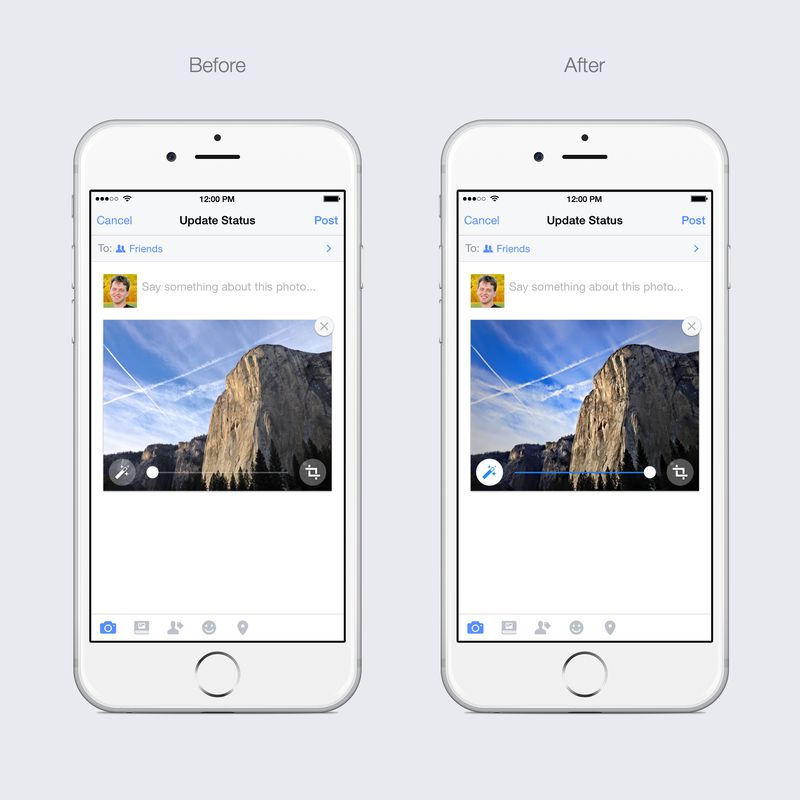 I Write Things.
Related ItemsAppleFacebookGoogleiPhoneSocial Media
← Previous Story Mark Zuckerberg: Facebook Is Thinking About A Dislike Button
Next Story → Instagram Has Just Destroyed All Of Its Robots