German Company Can Make Gasoline From Water And Airborne CO2 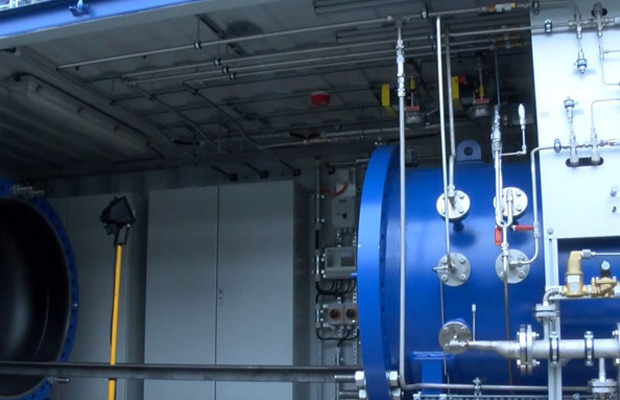 Scarcity of hydrocarbon fuels is a bit ridiculous on the face of it; hydrogen is the universe’s most abundant substance, carbon the fourth-most abundant, and hydrocarbons are defined by having both those elements. Industrial processes are able to press carbon into diamond, now even with gem-level accuracy, and we regularly manipulate hydrogen to create hydrogen fuel. One would think that the sheer availability of these materials ought to beg for synthetic creation of hydrocarbon fuels, especially with so much excess carbon from CO2 in the atmosphere.

The challenge of assembling airborne carbon gases into liquid hydrocarbon fuels has remained elusive, with most actual progress coming thanks to intermediate carbon-fixers like algae. Now, though, a German company called Sunfire says it can take regular water, harvest CO2 from the environment, and make high quality hydrocarbon fuels — gasoline and diesel, mostly.

This rig works with proprietary “Power to Liquid Technology,” which is nicely diagrammed here. It all starts by creating steam, using electricity — Sunfire says the electricity will come from renewable, green sources like wind or solar, which seems believable when you think bout the inherent absurdity of burning one hydrocarbon fuel to create another. Regardless, this electricity is used to create steam from water, and this steam is then treated to remove the oxygen from the H20 molecules, leaving only H2 — or hydrogen gas. All we need now is a source of gaseous carbon — and I can think of a few.

In reality, simply having these rigs pull raw CO2 from the air is probably not the best solution, as we could have something hoovering up CO2in a concentrated form, as it’s about to leave conventional power plants. Could we turn waste CO2 from coal burning into gasoline? Burning that gas would still release the carbon into the atmosphere, but we’d still get more power out of a tonne of coal, which would reduce emissions overall. Regardless, the rig can collect its precious CO2 from almost any source, and by reacting a source of CO2 with some of its generated H2 gas, the rig reduces the carbon dioxide to carbon monoxide, or CO. By assembling this CO into chains with the rest of the H2 gas, Sunfire can create very specific hydrocarbon molecules. Suspend those molecules in water and voila — you’ve got a fuel.

Of course, as with every infant-stage technology like this, the efficiency still isn’t there. Right now, a machine that costs “seven figures” to build can only produce a single barrel of fuel per day — that’s compared to a very average oil rig, which might spit out 250 barrels in the same period. However, this test rig had to be designed and built slowly, by steps, while a second version could be patterned off its success for a fraction of the cost. This still won’t have much of a chance to replace any Middle Eastern oil rigs, but could be a huge part of effective carbon capture at conventional power plants. Trapping carbon as limestone for sale to the construction industry has gotten some attention in the power sector, so selling oil ought to be an attractive concept as well. 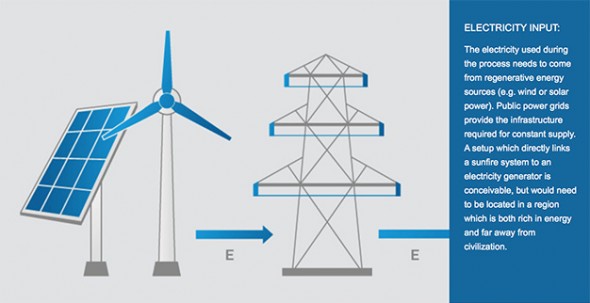 Remember that synthetic fossil fuels have all the same emissions downsides of natural fossil fuels, but since some or all of the molecules emitted into the atmosphere were originally captured from that same atmosphere, it can be seen as a carbon neutral technology. We need a lot better than just carbon neutrality — we need carbon negativity to really overcome the challenges that lay ahead — but since it’s unrealistic to expect the world to end its addiction to abundant energy, they may be the best solution available.

Making gas from nothing will probably never be cheaper than just sucking it out of the ground, since in the ground the Earth has already put in all the work of synthesis. Doing that synthesis ourselves, not over millions of years but over tens of hours, will never save the world — but it could preserve it long enough for science to develop something that will.