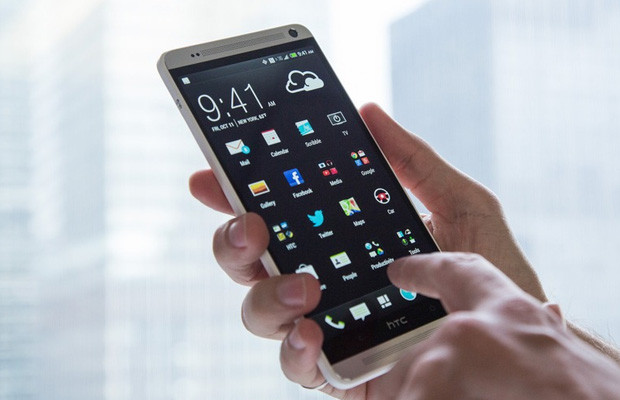 Android developers had a busy year in 2014.

The number of apps in the Google Play Store grew by more than 50% last year, outpacing Apple’s App Store for the first time, according to a new report.

The latest numbers come from app Figures, an analytics service that monitors data from the thousands of apps that use its platform. The report noted that all three app stores it looked at — Android, iOS and Amazon’s Appstore — saw a large amount of growth, but Google saw significantly more than the other two.

“What’s interesting is that although Apple continues to grow strongly, it’s really Google Play that’s growing,” the company wrote. “In 2014, the number of apps distributed through Google Play has doubled.” 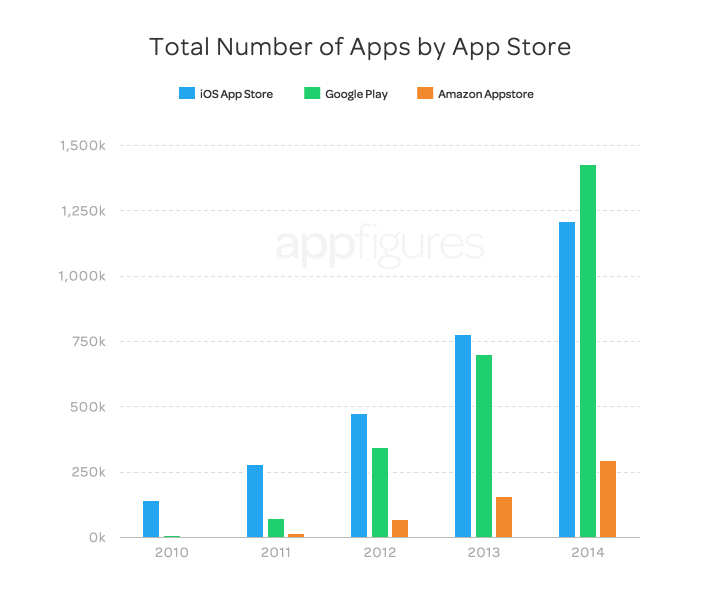 As of this writing, Google Play had nearly 300,000 more apps than the iOS App Store — a difference of about 17% — according to the company.

app Figures doesn’t speculate about the reason behind these changes in growth but there are likely a few factors at work. Android still has an overall larger market share than iOS globally, so it makes sense that more developers would be attracted to the platform. Google also makes it much easier for developers to create new apps and doesn’t put Android developers through the same lengthy approval process as Apple.

I Write Things.
Related ItemsAmazonAppleGoogleGoogle PlayiTunesMobile Apps
← Previous Story Google Wants Self-Driving Cars On The Road Within 5 Years
Next Story → You Can Finally Use Whatsapp On Your Computer & Here’s How