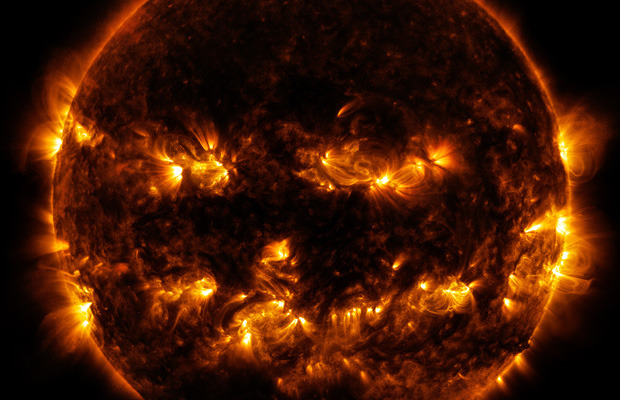 Halloween is only a few weeks away, and while your grocery stores and pharmacies may be stocking up on candy and pumpkins, it looks as though even the Sun will get in on the fun this year. A new image of the Sun makes it look suspiciously like a big orange jack-o-lantern, complete with a menacing grin and glowing, evil eyes.

The brighter regions that create the star’s facial features are more active, emitting more light and energy, and depict a “complex set of magnetic fields hovering in the Sun’s atmosphere.” 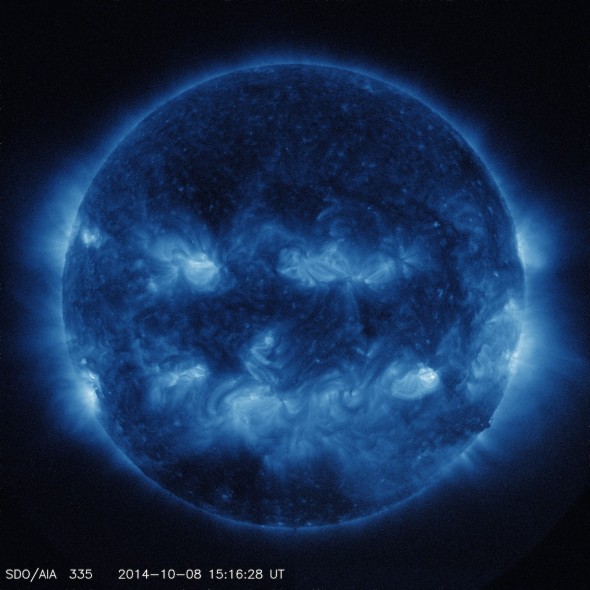 The Observatory took snapshots of the Sun in a few other wavelengths as well, including extreme ultraviolet light, seen above. To check out more pictures of the Sun taken in different wavelengths, head on over to NASA’s collection. The jack-o-lantern face appears in every wavelength, so if you aren’t into orange or blue pumpkins, you can check out the gourde in gold, yellow, and red.

I Write Things.
Related ItemsRandom
← Previous Story Harvard Researchers Create A Transparent Smart Bandage That Glows
Next Story → Smart Batteries Can Tell You When They’re About To Blow Up