How Hand Dryers Spread Bacteria Will Surprise You - TechGeek365

Home / More + / How Hand Dryers Spread Bacteria Will Surprise You

How Hand Dryers Spread Bacteria Will Surprise You 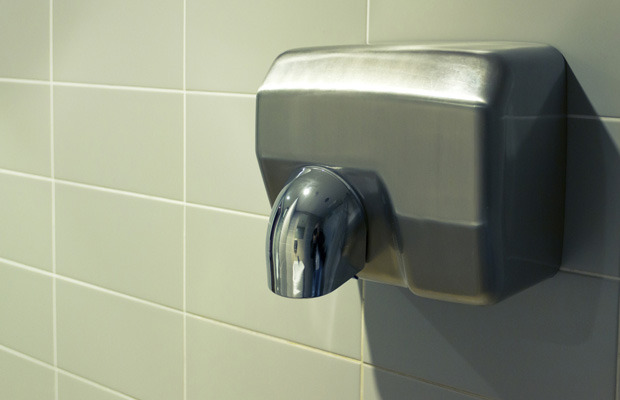 It’s gross! I’m referring to germs and bacteria being blown into the air.

Before diving into an explanation on what’s the fuss about airborne bacteria, let me talk about this first: you might think that the bathroom is a relatively safe and an unintimidating place especially when it’s clean and properly maintained. However, A new study just came out with new discoveries pertaining to the safest method in drying hands to prevent the spread of germs and bacteria. Is it using paper towels, warm-air dryers, or jet dryers? Based on the study in the Journal of Hospital Infection, the University of Leeds’ researchers soaked volunteers’ hands in paint. After a while, the scientists had the participants dry their hands using the three methods mentioned earlier. The principle behind the process is that the paint will be used to simulate bacteria and it will be a great way to find out which of the three methods is best to prevent the spread of disease.

Look below, the stain on the wall that resembles an air-brush smear is the work of a warm-air dryer. 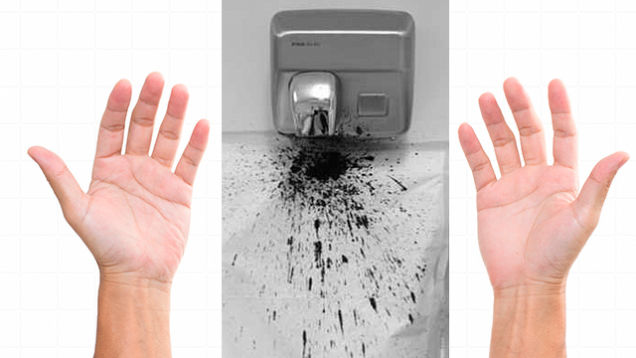 In the next part of the study, volunteers’ hands were coated with lactobacilli bacteria to mimic the dirty hands of an individual who attempted to clean his hands but ended up not washing properly. Jet dryers, which blasts air vigorously were the most intense culprits. Warm-air dryers which are gentler were better, to a certain extent, and good old paper towels, did not scatter much bacteria at all. The study came out with figures to measure up things and it showed drying up with jet dryers resulted to 27 times as much bacteria blown in the air compared to using paper towels.

In the end, even if it’s a bit old fashioned, and it has some environmental issues, paper towels are still the best option when drying up after using the bathroom.

I Write Things.
Related ItemsRandomScience
← Previous Story Here’s Why You Absolutely Need To Uninstall Your Phone’s Flashlight App
Next Story → Do You Love Sushi? This May Shock You (Video)