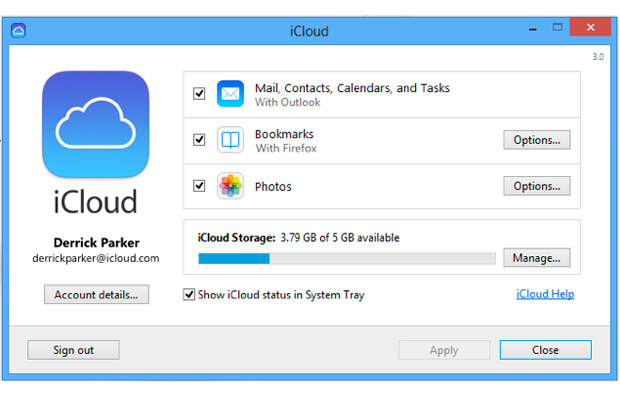 Windows users who want to try out Apple’s new iCloud Drive can now do so via new software. But sorry, Mac users, you’re still out of the loop, at least officially.

On a new support page launched Wednesday, Apple unveiled an updated Windows version of iCloud, which Windows users can download and install to check out iCloud Drive. Apple’s new cloud-based drive works like Google Drive, Microsoft OneDrive and similar services in that you can directly work with your online files from your PC as easily as if they were stored locally.

Mac users are still out of luck. Mac users must be running OS X Yosemite in order to fully access any files stored on iCloud Drive from their Mac computer, but Yosemite is still in beta stage. It won’t roll out in its final version until sometime in the fall. The beta is publicly available to anyone, so you could install the beta and then install iCloud Drive if you really want to check it out. But conventional wisdom suggests that you not upgrade your Mac to a beta OS, certainly not if it’s your main machine.

Windows users who want to give iCloud Drive a shot should first make sure to upgrade your iPhone or iPad to iOS 8, Apple’s latest mobile operating system. You can then download the software from Apple’s support page. After the installation, you’ll be asked to reboot your PC. iCloud for Windows will then pop up and likely ask you to log in.

At the iCloud for Windows screen, check the items you wish to sync with iCloud — iCloud Drive, Photos and/or Bookmarks. For now, you can just check iCloud Drive if you simply want to explore the new feature. Click Apply.

If you want to use iCloud Drive on your iPhone or iPad, you’ll also need to enable it on those devices. To do this, open the Settings app, tap iCloud, and then turn on the option for iCloud Drive. You can then select the apps that you wish to use to store their data in iCloud Drive.

Note that the documents, photos and other files you store directly on iCloud Drive from your PC won’t necessarily be accessible on your iOS device. In other words, there is no iCloud Drive app available for iOS 8 through which you can view and access your online files. Instead, the apps listed for iCloud Drive on your device would need to be capable of displaying the files you store. Yes, it’s a bit confusing. But for now, only certain third-party apps on your iOS 8 device support the feature and are able to display specific files from iCloud Drive.

iCloud for Windows is also more limited than the versions for Yosemite and iOS, according to Ars Technica. Specifically, you can’t use iCloud keychain to sync passwords. You also can’t take advantage of the functionality in the “Find My Device” feature, and you can’t sync Notes data.

Overall, iCloud Drive is a promising first step from Apple toward a full online storage and syncing service. But it clearly needs more work if it’s to challenge such rivals as Google Drive, Dropbox and OneDrive.