Home / Mobiles / Apple / iPad Mini 3 Is Exactly The Same As The iPad Mini 2, Except For Touch ID

iPad Mini 3 Is Exactly The Same As The iPad Mini 2, Except For Touch ID

One of the most common digs against Apple — usually from people who use competing products — is that the company is just out to take your money and that their hardware isn’t worth what they are charging. For the most part, this can be argued away and ignored. If you look at the iPad mini 3, however, it’s not hard to see where that idea might take root. Apple has done absolutely nothing to update the iPad mini 3 from the iPad mini 2, aside from adding Touch ID. With that in mind, why is the mini 3 $100 more?

The majority of what was seen during Apple’s big event today was the iPad, which was expected. Apple made the iPad Air 2 thinner, more powerful, and included powerful hardware that makes the tablet stand out. The faster processor, seriously improved cameras, and reflection-killing display alone justify the jump to this new model, but on top of that we get Touch ID, better microphones, and a thinner model. At the end of the presentation, Phil Schiller sounded almost guilty when he casually mentioned that the iPad mini 3 was going to be improved as well. Now we know why Apple’s smaller iPad only got a few seconds of glory, and it’s kind of lame. 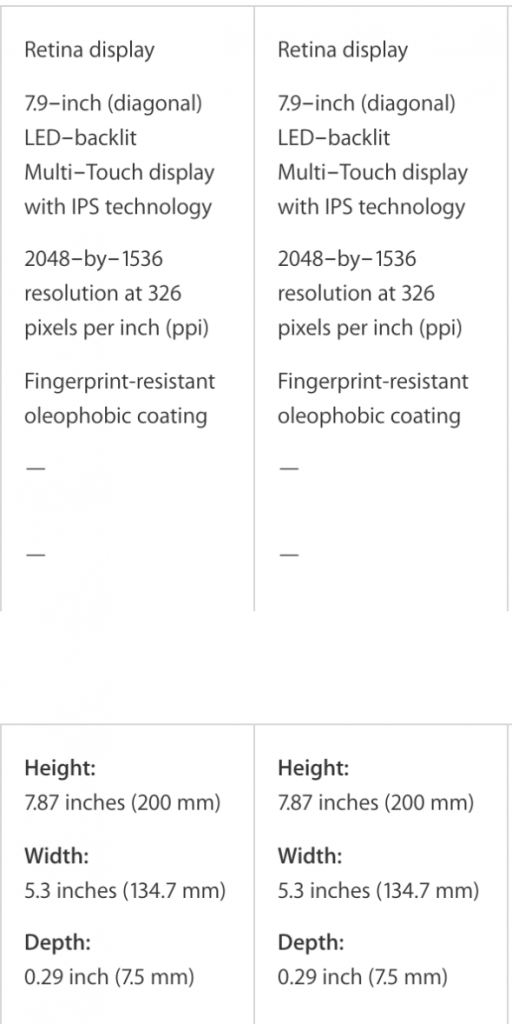 According to Apple’s retail page, there are no differences in hardware between the iPad mini 2 and mini 3, aside from the addition of Touch ID. It’s the same processor, same display, same prices for the base models, and the same cameras as the iPad mini 2. If you get an iPad mini 3, you can get it in gold and you can get either a 64GB or 128GB model if you want to pay $100 or $200 over the base price. While it’s true that the iPad mini 2 was never available in 64GB or 128GB, for there to be essentially zero changes outside of Touch ID is a little surprising.

If you’ve been waiting for Apple to unveil something special for theiPad mini, you’ll probably be stuck waiting until next year. It’s clear that Apple wanted to make the iPad Air 2 the star of the show. If you are planning on getting a 16GB iPad mini, save yourself $100 and go with last year’s model. You won’t have Touch ID, but you’ll have everything else.

I Write Things.
Related ItemsAppleiPadiPad MiniiPad Mini 2iPad Mini 3Tablets
← Previous Story iPhone Bug Stops Alarm Clock From Making Noise, But There Might Finally Be A Fix
Next Story → How Apple Made The Retina 5K Display In The New iMac