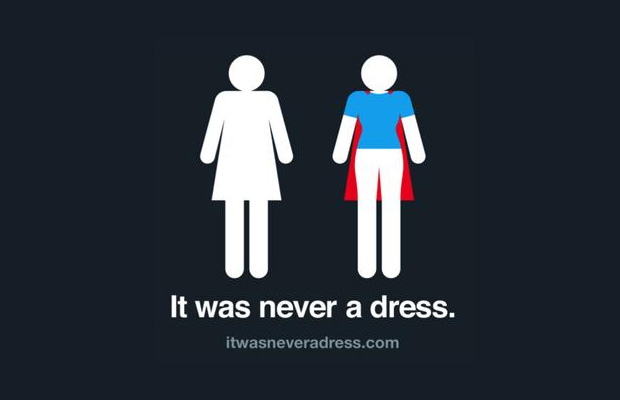 Scottsdale-based software company Axosoft is doing away with the age-old symbol of a generic lady in a dress that commonly marks women’s bathrooms as part of their #ItWasNeverADress campaign.

The campaign’s new and improved sign fills in the traditionally triangular symbol to make it look like a female figure wearing a cape, turning a nondescript female into a full-blown superhero.

The campaign was created by Axosoft’s Curator of Code, Tania Katan. She first came up with the idea as part of the inaugural Girls in Tech conference in Phoenix, Arizona, which took place last week. Katan was tasked to design an empowering symbol for women in tech, which ultimately lead her to the traditional, rigid women’s bathroom sign.

“I thought perhaps we were always seeing her from the back, and we turn her around that we realize that she’s a superhero…she had been there the whole time. It shifted my perception and now when I see everyday symbols, I can’t see them the same way. When you see this shift, everything becomes fodder for re-imagining,” Katan said.

According to the campaign’s website, the new symbol was created to “shift perceptions and assumptions about women and the audacious, sensitive and powerful gestures they make every single day.”

#ItWasNeverADress hopes to spark conversations about gender norms, not only by encouraging women more involved in STEM fields, but the campaign also raises important points about representation of the LGBT community. “It Was Never a Dress will foster necessary conversations, vital voices and images from around the world that honor ALL women,” says the campaign website. 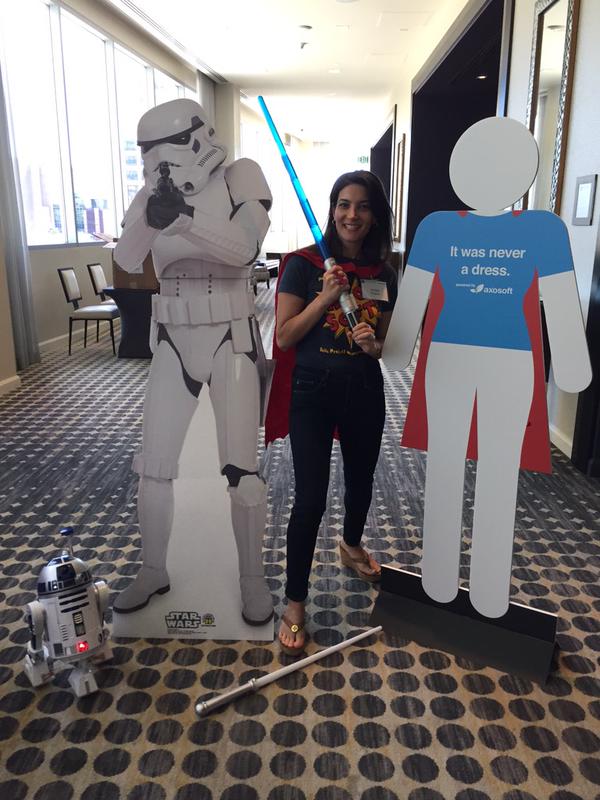 Katan told the Phoenix Business Journal that Axosoft is also organizing similar events and have partnered with CodaKid, a coding school for elementary aged students in Arizona. 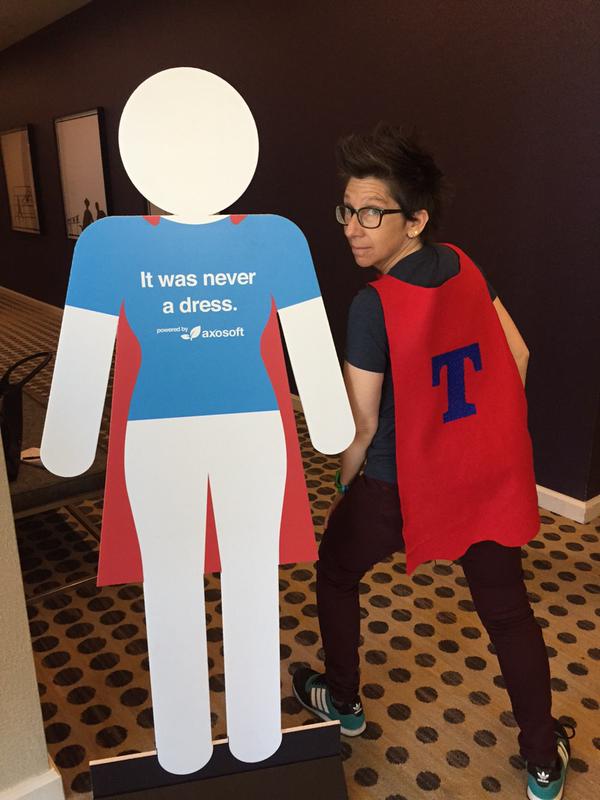 The campaign is inviting anyone to submit their stories, images or ideas about “perceptions and realities.” To learn more, you can visit their website.