How To Keep Your Online Business Secure 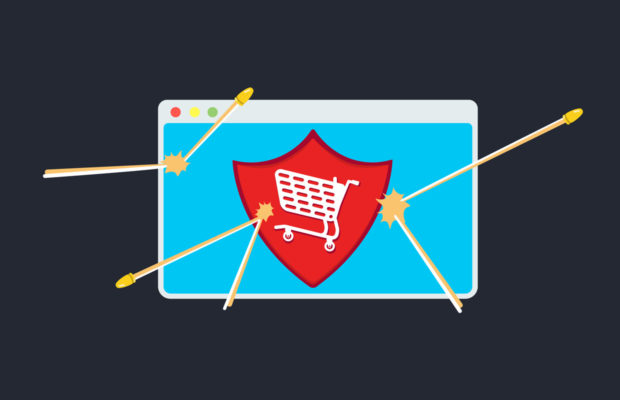 Once upon a time, businesses only had to worry about burglars. As long as the business premises were secure, so was the data. Nowadays, it’s a different story. Thieves still exist, but they don’t need to get within one hundred yards of the office to cause damage. Unfortunately if you have an online business, they can steal information from thousands of miles away as long as you have an internet connection. Because you can’t sever the connection – that would be suicide – you need to think about online security. So, if you run a company that links to the cyber highway, here’s what you need to know.

The first port of call is to find a professional with an excellent track record and years of experience. Your reasoning is simple: you aren’t an information technology expert. Indeed, you are just a novice with the entire business’s safety resting on your shoulders. That’s a precarious position, which is why hiring help is always a great idea. A word of warning beforehand, though. Any third party that isn’t up to scratch leaves you more vulnerable, and that is a waste of time and money. So, it’s imperative that you read up on their IT project management best practices to figure out if they can deliver. Most pros have a reputation for a reason, yet it never hurts to be sure.

‘My business? Why would anyone focus on my business? It’s only an SME.’ The fact that you’re an SME is the answer to the question. Hackers opt for small and medium-sized companies because of their mentality. For some reason, lots of SMEs simply believe that they are too small. As a result, security is lighter and easier to break down. Given a chance, thieves would much rather go for the easy meal than work twice as hard. After all, everyone’s got to eat. With that in mind, it’s time to treat your business security like the market leaders. To begin, download antivirus software like Norton that blocks malware. Then, adjust the settings so that it targets mobile users as well as desktop users. Finally, strengthen the weak areas with passwords, like the Wifi router.

Almost any post you read on the topic of security will tell you to create a strong password. And, they are right. What these posts fail to mention is that a strong secret code isn’t enough. Technology is changing, and it’s helping hackers improve. Today, an average thief can break through passwords by running the numbers. If the password is the same as before, it makes their life even easier. A safer option is to update them regularly so that the numbers change in your favor. You will have teething problems, but that’s better than a leak.

It isn’t only you and the higher ups that hurt workplace security. Your staff is also complicit. More importantly, they don’t even realize they are doing anything wrong. Because almost everything connects to the internet, there are more ways for a burglar to hack the server. Your Wifi router is a good example, but so are email accounts. The accounts have a direct link to the server, which makes them a backdoor. Work email accounts tend not to be secure because employees don’t use strong enough safety measures. Therefore, it’s your job to teach them about the error of their ways. Obviously, the more area you cover, the more secure the business will become.

Social media is a huge part of the industry in 2017. With its help, you can directly converse with customers and share information, which is a big plus. However, it is also a big minus in the security column. Because it’s so informal, the social media team might slip into bad habits. For example, they could easily divulge information that should be private. They don’t mean to, but it happens all of the time. Your only option is to take action. To begin with, ensure that you have a security policy regarding social media that defines what is confidential. Secondly, decide who gets to speak on behalf of the company, and only allow those people to tweet. Lastly, take a cynical stance. If anyone asks a question that is dubious, err on the side of caution and decline to answer.

Don’t Get Lost In The Cloud

The cloud is fantastic for online storage, something every business needs. But, it’s also a security risk because it’s a common area for other firms. When you store data in the cloud, you should know that it isn’t safe. A good tip is to upload non-sensitive info to the cloud and store the sensitive stuff in a more secure location.

After all, no one wants an incident like the celebrity hacking scandal of 2014.

About Sandra: With over 9 years of search marketing experience, Sandra is cross skilled between PPC and SEO. Her experience in search spans across different verticals including Technology, Retail, Travel & Automotive.
Related ItemsBusinessBusiness SecurityOnline BusinessSecurity
← Previous Story Brand Your Business The Right Way
Next Story → Giving Your eCommerce Business A Flying Start