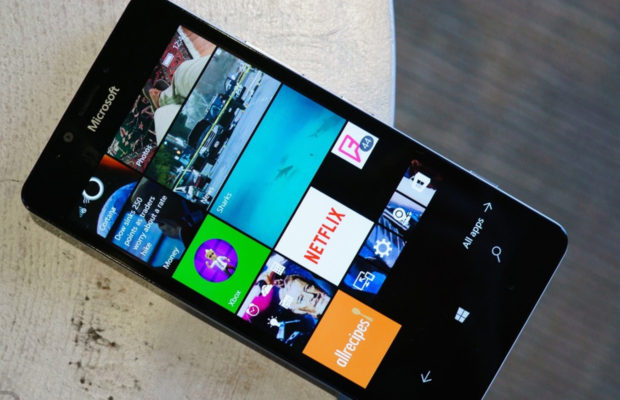 In a series of tweets, Microsoft’s Joe Belfiore has revealed that the software giant is no longer developing new features or hardware for Windows 10 Mobile. While Windows Phone fans had hoped Microsoft would update the platform with new features, it’s now clear the operating system has been placed into servicing mode, with just bug fixes and security updates for existing users.

Microsoft’s Windows Phone platform has been dead for more than a year, but the company has never officially admitted it before. Microsoft gutted its phone business last year, resulting in thousands of job cuts. During Microsoft’s recent Build and Inspire conferences, CEO Satya Nadella dropped the company’s mantra of “mobile-first, cloud-first” in favor of a focus on what he describes as the intelligent cloud and intelligent edge. This new area of focus means Microsoft is now working on multi-device scenarios and cloud-powered technologies that don’t always involve Windows.

Belfiore also admits he switched to Android, just like Bill Gates, and that Microsoft will support Windows 10 customers who want to use Android and iOS on their phones. One of the big reasons Microsoft is giving up on Windows Phone is because developers never backed the platform. Microsoft had many problems with its Windows Phone app store, and the inability to retain apps once they were developed. “We have tried very hard to incent app devs,” explains Belfiore. “Paid money.. wrote apps 4 them.. but volume of users is too low for most companies to invest.”

We have tried VERY HARD to incent app devs. Paid money.. wrote apps 4 them.. but volume of users is too low for most companies to invest. ☹️ https://t.co/ePsySxR3LB

It’s now clear Microsoft has faced the reality that people don’t need Windows on their phones. The software maker has been focused on iOS and Android apps and experiences over the past couple of years. Microsoft’s Edge browser is making its way to iOS and Android, and the company seems to be focused on improving the experience of linking a phone to a PC and resuming apps and documents between the two.

A new Microsoft Launcher for Android even goes a step further in improving the overall Android experience, with clever customizations and PC sharing features. Expect to see a lot more of this in the future. It’s now unlikely we’ll ever see a Surface-branded phone or more Windows 10 Mobile-powered hardware. Microsoft’s investments in iOS and Android will only benefit Windows 10 customers, and it could make up for the company’s messy efforts in mobile over the years.