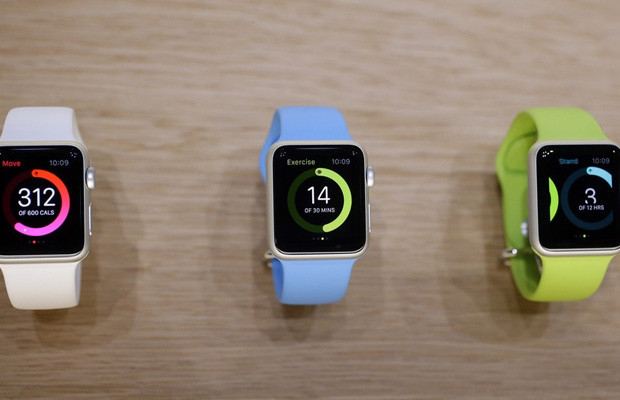 The iOS 8.2 beta confirmed that the Apple Watch is — unsurprisingly — getting a specific app, but a new leak purports to show just how the iPhone will manage the device.

9to5Mac got access to the companion app and published screenshots from the interface.

Here’s an example of some of the app configuration settings, courtesy of 9to5Mac: 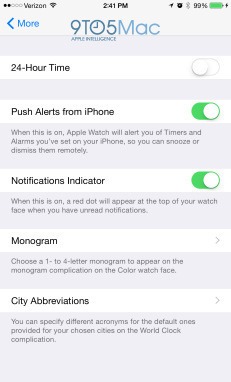 It looks like much of what happens on the Apple Watch will be decided via the companion app, including alert and notification preferences, as well as some of the visuals you see on the wearable itself. The layout for the cluster of application icons on the Apple Watch’s home screen can be managed inside of the companion app, using a virtual preview. 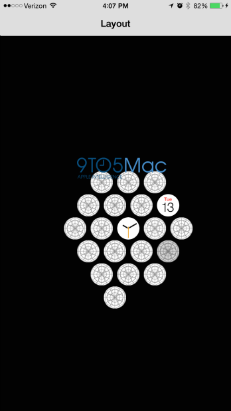 Another cool thing outlined in the report: Users will be able to add a one- to four-letter digital monogram (just like the physical kind engraved on analog watches) to the display. There’s also the option to have the Apple Watch unlock any time a user unlocks his or her iPhone, so long as the watch is attached to their body.

The watch, unfortunately, doesn’t have a keyboard, so users can send text messages via voice dictation or recorded audio messages. Users can switch the default message preference between voice dictation to audio inside the companion app, or it can be set to allow the wearer to choose between the two reply options any time a message is received.

9to5Mac has more screenshots, as well as a more detailed analysis of all the app will do. The Apple Watch’s debut is rumored for March.