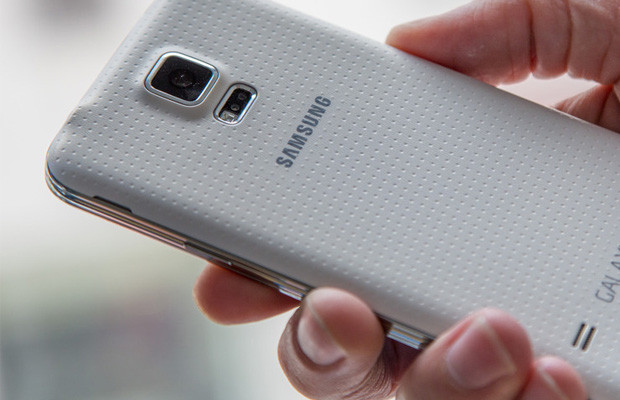 Just days away from Mobile World Congress, and we may have gotten the clearest view yet of Samsung’s upcoming flagship smartphone,

Newly leaked photos, obtained by Android Central, show the front and back sides of two versions of what’s reportedly the upcoming Galaxy S6.

The images show two handsets: one that looks similar to last year’s Galaxy S5 and one with a curved edge, which would be in line with earlier rumors that suggested Samsung’s next flagship would come in regular and “Edge” versions.

Notably, the curved portion of the display on the “Edge” version doesn’t have the special app menu like the Galaxy Note Edge does. Other rumors have suggested the S6 will have metal components in the body of the phone — a departure from the typical plastic frame — although it’s impossible to make out the materials from these photos.

The latest photos come as rumors about the long-awaited phone have ramped up in recent weeks. Samsung itself seemed to hint at a curved screen with its press invitations to next week’s event. Promotional photos, leaked earlier this month, also depicted five different versions of the phone, at least one of which had a curved display.

Luckily, we don’t have much longer to wait. Samsung is expected to officially unveil the Galaxy S6 at an event during the Mobile World Congress in Barcelona on March 1.

I Write Things.
Related ItemsAndroidGalaxy S6GoogleMobile World CongressMobilesSamsung
← Previous Story WhatsApp Is Testing Voice Calls On Android
Next Story → This App Lets You Receive Calls Even When You’ve Got No Signal