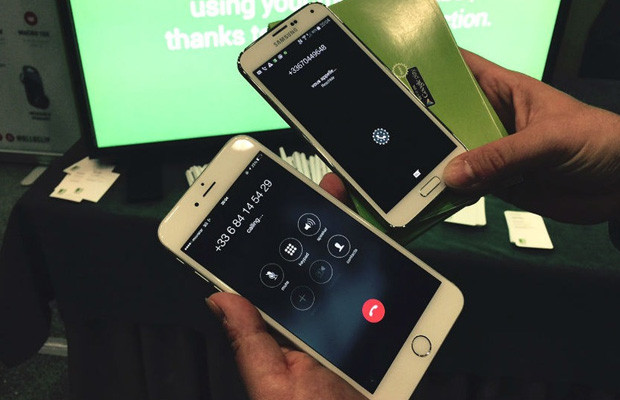 It’s a familiar sight in Barcelona: You’re at a restaurant (for some reason a great deal of them here are located in basements) and your cell phone is showing exactly zero bars.

However, provided the restaurant has Wi-Fi, you could still receive calls made to your regular phone number — if you use the new service from Libon, called Reach Me.

Even without reception, you’ll still be available on your phone, thanks to a little VoIP magic. And if you don’t like the idea of being always available to everyone, you can have the call redirected to voicemail as well, based on who’s calling.

We asked Libon CEO Dominic Lobo how the service compares to some of the offerings we’ve seen on major networks, such as T-Mobile’s Wi-Fi calling service. One of the advantages, he told us, is that Libon works on any network – provided the service has been enabled in that country. As far as devices go, Libon will first be available on Android, while the iPhone solution is in the “final stages of development,” Lobo said.

It’s a very interesting proposition for users who just can’t afford to miss calls — we can imagine quite a few of those in the business world, or doctors on call, for example.

The Libon app, which is available on iOS and Android, started as a voicemail service, and the app also offers voice calls and instant messaging. It’s currently available in 100 countries. The new Reach Me feature will be available on a country-by-country basis, starting in Italy in March, with other markets to follow.