Qualcomm CEO: 8B New Smartphones Will Hit The Market Over Next 5 Years - TechGeek365

Home / News / Qualcomm CEO: 8B New Smartphones Will Hit The Market Over Next 5 Years

Qualcomm CEO: 8B New Smartphones Will Hit The Market Over Next 5 Years 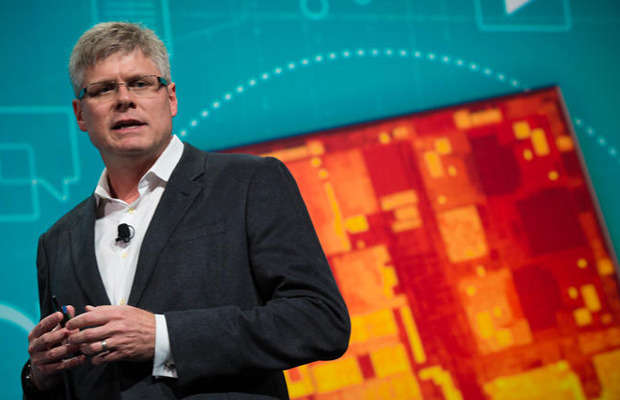 The smartphone market is just going to keep booming, the CEO of mobile-chip giant Qualcomm says.

Steve Mollenkopf, speaking Thursday at Qualcomm’s Uplinq developer conference in San Francisco, said there will be 8 billion new smartphones in the world over the next five years. And this year, there are now more than 1 billion smartphones in the market that use Qualcomm’s Snapdragon processor, he said.

“There are a tremendous number of new devices that will come online,” Mollenkopf said. “An immense number, actually.”

So far, there have been 1,350 devices announced or available using Snapdragon — which combines the CPU, or brains powering the device, with the modem that provides cellular connectivity, Mollenkopf said. And there are more than 525 devices in the design phase. To date, more than 2,000 devices have shipped with Qualcomm’s 3G and 4G LTE multimode chipsets.

Qualcomm now dominates the mobile-chip business, providing its Snapdragon mobile processor to most marquee smartphones and some tablets. Its ability to bundle a processor with a cellular radio has been one of the keys to its success. And its 4G LTE modems are widely used by everyone from Apple and Samsung to smaller players such as Motorola. However, competition in 4G LTE is expected to increase as rivals such as MediaTek gain traction.

Mollenkopf on Thursday unveiled a new software-development kit (SDK) designed to let developers work with a technology called LTE Broadcast. The tech enables “superefficient broadcast technology,” he said, and will be used for things such as breaking news, media and public safety alerts. South Korea’s KT already uses LTE Broadcast, and Verizon has demonstrated it at events such as the Super Bowl. AT&T will launch it next year, Mollenkopf said.

So far, more than 30 developers are working on LTE Broadcast, but now all Qualcomm developers will have access to the SDK. Jay Parikh, vice president of engineering for Facebook, appeared onstage to tout his company’s work with Qualcomm.

Qualcomm also unveiled a new SDK for Vuforia, its augmented-reality software, to be used on digital eyewear. An initial partner is Samsung with its Gear VR device that it developed with Facebook’s Oculus. The technology will allow partners to make applications for virtual-reality/augmented-reality gaming, shopping and education, as well as various business and industrial uses. Other early partners include ODG R-7 and the Epson Moverio BT-200 smart-glasses.