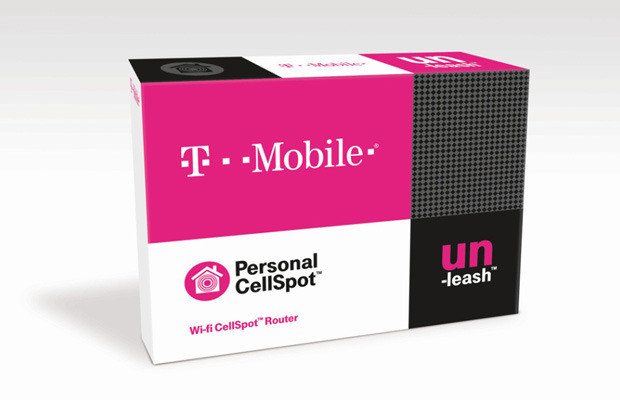 T-Mobile released on Wednesday the Personal CellSpot, a router that enables customers to make calls outside the reach of the company’s network by tapping into Wi-Fi.

The Wi-Fi router, which is available for free to the company’s Simple Choice customers, requires that people have a high-speed broadband connection available. Customers will be required to provide a $25 refundable deposit on the router, which they get back if and when they return the router.

Upon connecting to router, users can place HD calls over Wi-Fi as long as their phone has the ability to make Wi-Fi calls.

T-Mobile has been making a significant push on Wi-Fi calling. The “Uncarrier,” as it has called itself, launched a program last week called “Wi-Fi Un-leashed” to get more of its customers onto smartphones that are able to make calls and exchange text messages over a Wi-Fi network.

“Wi-Fi Un-leashed is a game changer,” T-Mobile CEO John Legere said in a statement last week. “This is like adding millions of towers to our network in a single day.”

At the iPhone 6 unveiling last week, Apple announced that its upcoming smartphone supports Wi-Fi calls, prompting T-Mobile to highlight its own support for the feature. However, the feature is also designed to shore up lingering concerns from consumers about the quality of T-Mobile’s network. The company has been investing heavily in strengthening its network over the last two years, but there are still coverage gaps in rural areas and deadspots in homes — a problem not exclusive to T-Mobile.

T-Mobile made the argument on Wednesday that the launch of its Personal CellSpot mitigates the impact of dead spots.

In addition to its Personal CellSpot, T-Mobile also launched on Wednesday free in-flight texting, picture messaging, and visual voicemail through GoGo in-flight Wi-Fi. Over 2,000 commercial aircraft in the US support the technology.