Qualcomm is the mobile industry’s equivalent of a god: omnipotent and omnipresent, yet invisible to the naked eye. The company that was founded on the premise of building “Quality Communications” can now be found inside every major smartphone in the US. Even the fiercely independent Apple, which designs its own mobile processors, has no choice but to use Qualcomm’s LTE modems. The same is true of Samsung, whose Exynos chip is replaced by a Qualcomm Snapdragon for the US and other markets. But Qualcomm’s influence spreads much wider and deeper still.

A week ago, Verizon introduced the Motorola Droid Turbo as its flagship phone for the holidays. Stacked to the gills with the highest of specs, this new Android phone derives its name from Moto’s Turbo Charger, which turns a 15-minute charge into as much as eight hours of battery life. The same accessory is bundled with the Nexus 6, another Moto product, and HTC has a competing Rapid Charger. Samsung also touts a “0 to 50 in 30” tagline for the Galaxy Note 4’s ability to recharge half its power in half an hour. All that branding and marketing is just putting different stickers on the same thing: Qualcomm’sQuick Charge 2.0.

The other “turbo” aspect of the Droid Turbo’s spec sheet is the 2.7GHz Snapdragon 805 system-on-chip that powers it. Like every other non-iPhone flagship device released in the last two years, it uses Qualcomm’s latest processor. The LG G2 and G3, the Sony Xperia Z1, Z2, and Z3, the Nexus 5 and 6, the HTC One of both 2013 and 2014, and every Samsung Galaxy variant to reach the United States are all built around a multi-core Qualcomm heart. Outside the Android realm, Windows Phone is exclusively reliant on Snapdragon processors, to the point where Microsoft directs potential phone manufacturers to the Qualcomm Reference Design as a guide on how to build their handsets. Snapdragon is also the default choice for BlackBerry, whose latest Passport device uses a 2.2GHz Snapdragon 801.

We think of Google and Apple as the primary drivers of mobile innovation, but Qualcomm is just as instrumental in setting the pace of change. HTC’s Sensor Hub that enables Motion Launch gestures and the Dot View case for the One smartphone wouldn’t be possible without the Snapdragon sensor engine. The current benchmark for smartphone battery life is set by Sony’s Xperia Z3 and Z3 Compact handsets, both running a Snapdragon 801. Calum MacDougall, Sony’s Head of Xperia Marketing, admits that “principally it is the processor” that’s responsible for this improved power efficiency and endurance. Motorola managed to update the Moto X to Android 4.4 ahead of some Nexus devices last year, and Qualcomm was once again credited with contributing to that alacrity. In an interview with The Verge this summer, Moto’s software chief (and former Android engineer) Steve Horowitz explained that “great partnerships” like that with the Snapdragon processor maker are the secret to Motorola’s rapid software upgrades.

It’s impossible to find a smartphone manufacturer that doesn’t speak of Qualcomm in glowing terms. HTC calls its chip supplier an “extremely important partner,” while LG echoes Motorola’s language in saying that it has “a great partnership with Qualcomm and both companies respect one another tremendously.” LG goes on to add that “at one time there were other players in this space, but Qualcomm’s innovation is what put them at the top of the industry.” The central innovation responsible for Qualcomm’s present dominance are those LTE modems that even Apple can’t get away from. The Snapdragon system-on-chip integrates the modem and applications processor into a single chip and is thus dramatically more efficient — both in terms of space and power requirements — than the competition and makes the processor choice for most phone makers a foregone conclusion. These days, it’s a matter of picking between the various strata of Snapdragon models rather than the various processor vendors.

Nvidia continues to fight on with its Tegra series of chips, and the new K1 inside the Nexus 9 and the Shield Tablet is an undeniable performance beast, but the company has essentially withdrawn from the smartphone market. The Tegra 3 on 2012’s HTC One Xwas the last sincere effort to push Qualcomm’s Snapdragon off its perch as the premier mobile processor, though even then it was obvious how important that integrated LTE connectivity would be as the phone was released with a Qualcomm chip in the US. 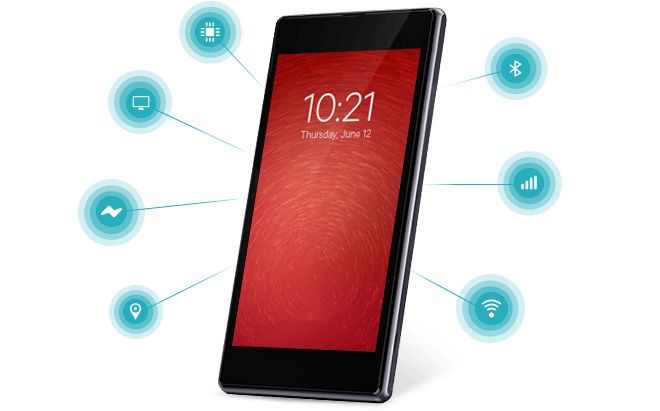 In spite of the high regard that Qualcomm enjoys among smartphone manufacturers, there’s evident unease about the paucity of choice that it presents as the sole provider of competitive processors. Huawei has developed its own quad-core processor, Samsung is maintaining the long-running Exynos series, and LG just announced the octa-core NUCLUN processor. LG is quick to point out that “our NUCLUN AP gives us a bit more flexibility but it was never intended to replace Snapdragon.” At this point, it’s almost inconceivable that anything will. Qualcomm’s earned itself a seemingly unassailable lead that won’t be conceded until someone’s able to build a better or more efficient LTE solution. Intel keeps trying and MediaTek is enjoying success as a popular alternative for entry-level smartphones like those in Google’s Android One initiative, but the lion’s share of the smartphone market is powered by Snapdragon technology.

What should scare any potential Qualcomm competitor even more is the fact that the company’s also making inroads into smartwatches and other connected devices. The LGG Watch R is powered by a Snapdragon 400 that handily outperforms and outlasts the Moto 360’s dated Texas Instruments processor. Even the Gear S, which is Samsung’s effort to diversify away from Google’s dominant Android software, can’t avoid using a Snapdragon chip for its processing and connectivity.

By the end of this year, Qualcomm expects more than a billion devices to have shipped with its 3G or 4G technology on board. The company routinely posts annual earnings in the tens of billions of dollars and its most recent financial quarter was closed with an exceedingly healthy $2.24 billion net profit. 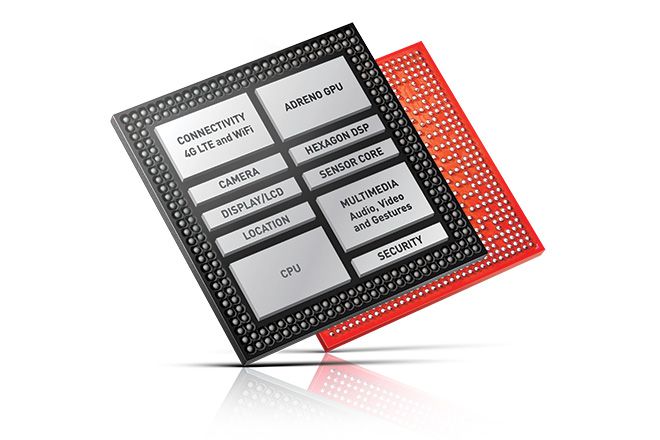 To reach the top of the mobile world, Qualcomm has done an awful lot right and very little wrong. It picked the right side in the WiMAX vs. LTE war for the next generation of mobile internet technology, and it has integrated new features into its silicon that have been helpful to its partners and beneficial to end users. For a company now occupying a godlike position of preeminence, Qualcomm’s ascent has been prosaically gradual and simple.

There’ll never be a shortage of competition in the white-hot mobile market, but mobile innovation today — whether manifested in the Droid Turbo, HTC Sensor Hub, or Lumia Refocus — is built atop a foundation of Qualcomm chips.

I Write Things.
Related ItemsMobilesQualcommSnapdragonTechnology
← Previous Story 9 Snapchat Tips & Tricks You May Not Know About
Next Story → There Are Only 6 Secure Messaging Apps