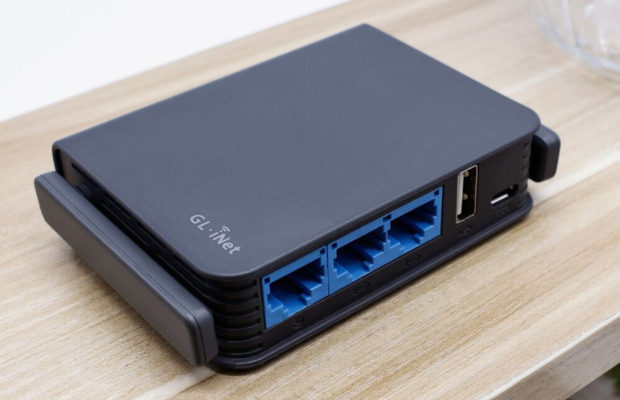 If you’re a frequent traveler (without the Slate gigabit router), you know that it’s often necessary to use WiFi in public places. The airport, the hotel, the café, sometimes you have to take what you can get. The problem with public WiFi (other than its unreliability) is that you are inviting a whole host of different security risks. There’s Man in the Middle attacks, when a hacker can get in the middle of your connection, essentially eavesdropping on everything you do; Malware distribution that exploits software vulnerabilities, slipping malware onto your device without you ever knowing; and Malicious hotspots that trick you into connecting to them, providing hackers access to your computer.

Thankfully, just because you’re using a public WiFi network, it doesn’t mean you have to gamble with your security. What you need is a travel router. A travel router is a category of broadband router that’s designed for people that need to connect to the internet when they are on the road and only have access to unsecured, public networks. They are typically compact size, for convenience, and powered either by battery or USB, so that you can use them without a wall socket power source.

The new Slate gigabit router from GL.iNet does all the things that a typical travel router can do. It has 3 gigabit Ethernet ports, dual-band WiFi, and high speed AC750 wireless. But what’s different about the Slate, compared to other travel routers, is that it’s been designed for the tech-savvy traveler that wants to make sure their security is completely locked down no matter where they are. Let’s take a deeper dive into the advanced, security-focused feature set that makes the Slate so impressive. 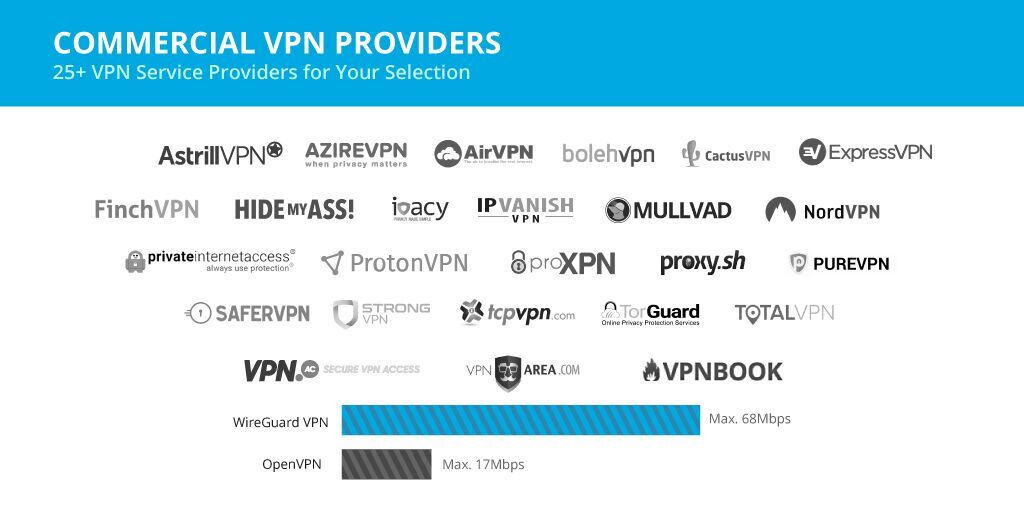 Got a commercial VPN provider that you really like? No problem, there’s more than 25+ VPNs that are compatible with the OpenVPN client that comes pre-installed. OpenVPN is tried-and-true software, and a common standard for security-minded VPN users.

If OpenVPN isn’t doing it for you, consider WireGuard, a modern VPN that uses cutting edge cryptography. It’s a much faster security protocol than OpenVPN; WireGuard VPN can clock 68Mbps, compared to OpenVPN that can only hit 17Mbps. WireGuard is based on a concept called Cryptokey Routing. This is an impressive new technology that’s worth trying if you’re looking for performance boosts beyond what OpenVPN can provide. 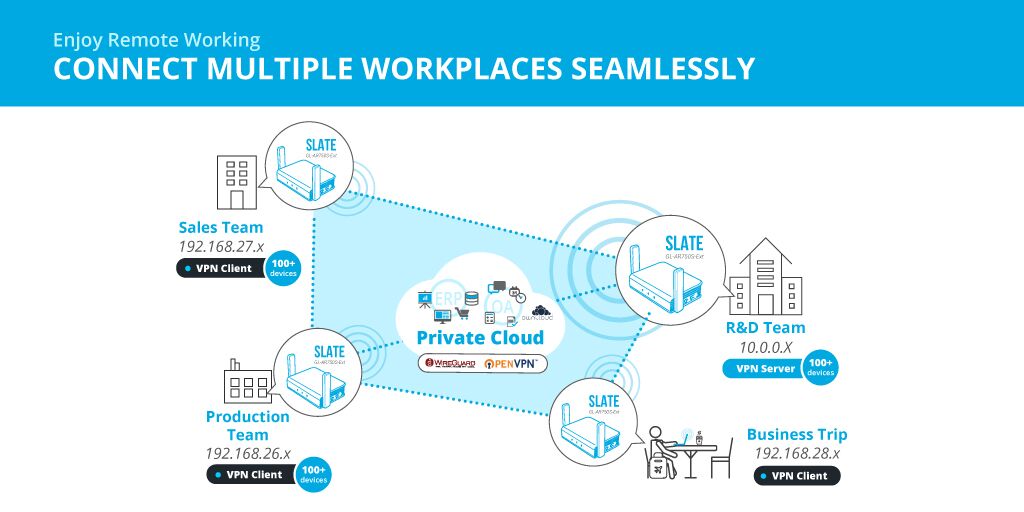 By using the Slate gigabit router, you can bring all your workplaces together with a single, secure VPN. Don’t worry about changing your network when you change your workplace. You also won’t need to reconfigure and reconnect all your devices; they’ll all connect automatically each time you fire up your Slate. 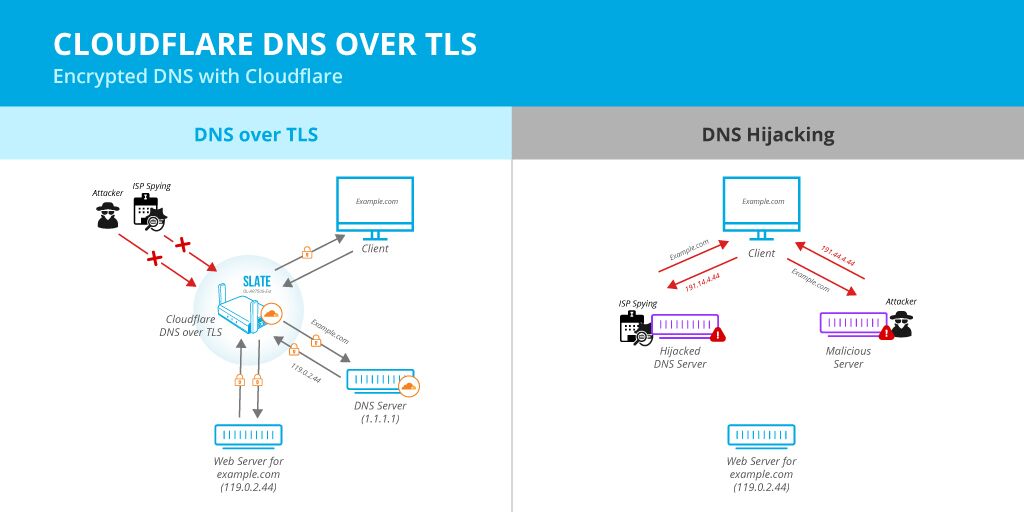 This option uses the TLS security protocol for encrypting DNS queries, which helps increase privacy and prevent eavesdropping. When it comes to browsing privacy, DNS is often the weak link in the chain. Having Cloudflare DNS over TLS is a new feature, previously only possible with professional modification of your router. The Slate comes with this feature baked in; it’s as easy as flipping the toggle in the user interface.

This little bad boy was designed for frequent travelers, which means they made it both compact and lightweight. It has the approximate dimensions of a credit card, and can easily fit in your pocket.

The Slate gigabit router sports a MicroSD slot with a 128GB capacity. With that kind of extra storage, you can have a local drive to store and download files to your laptop (and any other compatible devices) as long as you have Slate connected to the WiFi.

It’s hard to imagine that such a compact device has so much functionality, and such a powerful spectrum of security features. If you’re a tech-savvy traveler that’s concerned with security while you’re on the road, (as you should be) then the Slate is an excellent choice. Connecting to public WiFi when you travel is sometimes necessary, but with the Slate you can be confident your data and connection will remain secure.