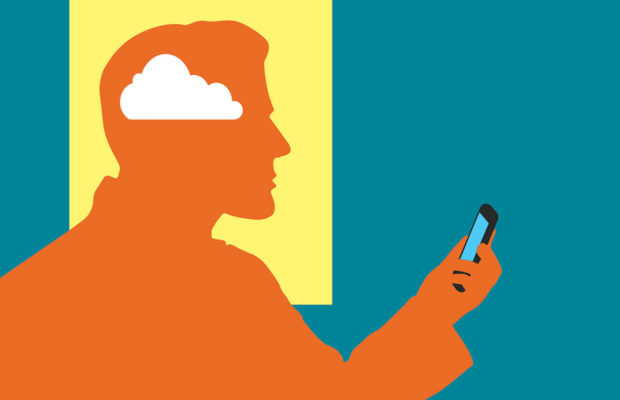 For businesses, smart technology has changed a lot. The gadgets and services that ten years ago most businesses were run without, today, the majority of brands couldn’t live without. Nine years ago, the iPhone launched. Back then it was a device that very few people had. Today, however, you would be hard pushed to walk into any office in the world and not see at least one iPhone being used. The iPhone has played a big role in the business industry, something that we’ll delve deeper into later on. But it’s not the only piece of smart technology to do so.

With that in mind, below are some of the pieces of technology that have changed the face of the business industry beyond recognition.

Over the past five years or so, smart appliances have become the next big thing in residential design. However, they’re not just beneficial for residential properties, but also commercial ones too. Many business owners have chosen to invest in smart thermostats, for instance. This is so that they can set and control the heating and cooling of their premises via their smartphone. To make coffee and lunch breaks more likely amid a busy schedule, many business owners have also chosen to invest in smart appliances. These include things like kettles, microwaves, and toasters. Pretty impressive, right – being able to switch on the kettle without leaving your office?

For business owners, security should always be made a priority. This is because after working hard to build an empire, the last thing you want is an intruder to break in and ruin it by causing damage. The good news is that thanks to smart technology, it’s easier than ever before to keep your business premises safe. The invention of interactive bells, for instance, mean that wherever you are, should someone ring your bell, you can answer it. Many of these bells also have cameras attached to them, so that you can see who is on the other side of the door. Then there’s smart technology that makes it easier to monitor remote premises. Such as the services on offer at Digital Security Guard, for instance. There are smart alarms that not only connect to the police when set off but also send an alert to your smartphone. Keeping you informed of every strange noise or movement within your business premises. Over the past decade, technology has come a long way when it comes to security.

Smartphones and tablets have made a big impact on the business industry, along with every other industry, for that matter. From making it easier to work on the go to making video calls part of everyday life, smartphones have, in many ways, changed the way that we do business. They’ve made running a successful business ten times easier than it once was. The many apps available on them have also meant that networking and drafting emails, can all be done from your smartphone, wherever you are. Working on the go is easier than ever, thanks to sharing software. Of all the pieces of technology that have impacted the business industry, smartphones have made the biggest impact.

The cloud is so much more than an online storage system, it has so many useful benefits for businesses. When it comes to keeping documents and data safe, the cloud is the best resource to use. However, that’s not all it can be useful for. For businesses, the cloud offers a quick and convenient way to share documents and data with everyone on the team. This is because one account can be used by multiple people, making sharing important information much easier. From sharing projects to reminders, the cloud can be a highly useful tool. Especially as you can sync it up to yours’ and your employee’s computer calendars so all deadlines are automatically added.

For years, businesses relied on Microsoft to provide them with documents, powerpoints, and spreadsheets. Of course, the downside to Microsoft Office is that the software isn’t free. This means that for each new employee, a new account would have to be brought. However, Google Drive changed that. Google did this by offering all of the same services and software as Microsoft just online and with the added bonus of being free to use. The Google software is just as effective as what Microsoft offer. Plus, it comes with the added bonus of enabling multiple people to see and edit one document at once. Thus making group projects much easier and less stressful to plan, work on, and complete.

Last but not least, smart technology has allowed video calls to become a big part of the business industry. Thanks to services like Skype and Facetime, businesses are able to save money on the cost of travel and phone calls. This is because video calls use the internet and so, are free. As for travel, video calls and conference calls have meant that businesses are able to hold meetings and interviews via video link. Meaning that the cost associated with travel can be cut, saving them money.

I Write Things.
Related ItemsAppliancesBusiness
← Previous Story The Ins And Outs Of Getting People To Trust Your Business
Next Story → Top Advice On Keeping Your Business And Personal Life Separate When You Work At Home