Snapchat’s CEO On The Question He’s Asked The Most 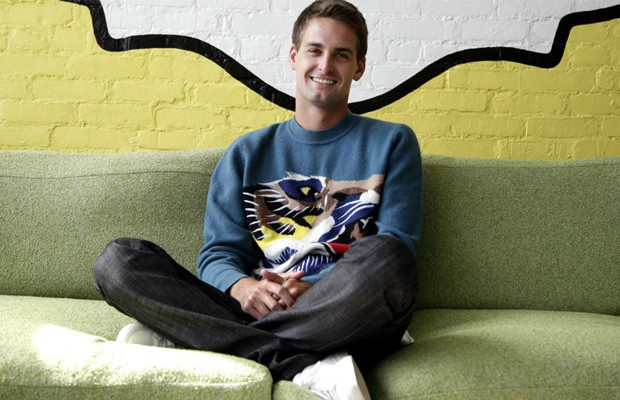 Snapchat CEO Evan Spiegel came full circle on Friday when he gave the commencement speech at the University of Southern California’s Marshall School of Business. The 24-year-old entrepreneur dropped out of Stanford University three years ago, just three classes shy of graduating.

In his 10-minute talk, Spiegel discussed why he didn’t sell Snapchat when Facebook reportedly came knocking.

“I’m asked one question most often,” Spiegel said. “‘Why didn’t you sell your business? It doesn’t even make money. It’s a fad. You could be on a boat right now. Everyone loves boats. What’s wrong with you?'”

“We do have a sense of entitlement, a sense of ownership, because, after all, this is the world we were born into, and we are responsible for it.”

Since he wasn’t willing to sell Snapchat for a boatload of cash, Spiegel said he knew he had found his passion. “I am now convinced that the fastest way to figure out if you are doing something truly important to you is to have someone offer you a bunch of money to part with it,” he said.

Of course, the rest is history. Less than three years after Spiegel and Murphy launched the ephemeral messaging app, Snapchat reports over 100 million monthly users and has transformed the way millennials and teens engage with one another — to the extent that Facebook not only reportedly tried buying the startup, but also emulated it with a failed app developed in-house called Poke.

Now, Snapchat is reportedly valued at $15 billion, despite all signs indicating it’s not earning significant profit yet.

Despite that early success, Spiegel conceded he’s stumbled along the way. Although he didn’t specify his mistakes, we’re betting a slew of “idiotic,” leaked college emails are among them.

“You are going to make a lot of mistakes,” he advised. “I’ve already made a ton of them — some of them very publicly — and it will feel terrible, but it will be OK. Just apologize as quickly as you can and pray for forgiveness.”

Here’s the entirety of Spiegel’s speech, which is worth a read:

I Write Things.
Related ItemsEvan SpiegelFacebookSnapchatSocial Media
← Previous Story Facebook Messenger Had 1 Million Video Calls In The First 48 Hours
Next Story → Facebook Will Now Be With Australians In Death